I’ve never been a particularly big wine drinker.  Beer and wine have their place, but I just prefer the harder stuff; for its taste, flexible application, and cost per drink.  It’s all too easy to consume a bottle of $30 wine in one sitting (4, 6 fl oz glasses) when that cost could have provided 12, 2 oz cocktails.  Then again, by sticking with $30 bottles, I’m probably missing out on the true wine-enthusiast’s experience.

But price notwithstanding, I still enjoy a glass with a heavy meal.  And Liz enjoys her cheapo grandma wine.  And damned if we didn’t lack a proper wine-storage solution (not that twist cap grandma wine would really benefit, but still).  It was time for a wine rack.

And once again, Wayfair failed to disappoint.

So now, armed with some vague knowledge of vineyards, regions, types, and years; I shall collect!  And drink!  And pompously discuss the contents of my collection after inviting guests down to my cellar!

I suspected this.  I knew that, were we to order a certain drink too many times, that it would immediately see a revival.

I recently wrote about a certain shared experience, wherein Liz needed a pretentious cocktail and after discussion decided upon the sidecar.  It was appropriate for the occasion, being classic yet not terribly well-known despite its former ubiquity.  This combination reliably produced a good drink devoid of embellishment, and reasonably priced.  Yet this hidden gem apparently would not be content to stay in shadow, and as I perused the beer shelves at the grocery, saw this cocktail mockery…mocking me.  MOCKERY!: 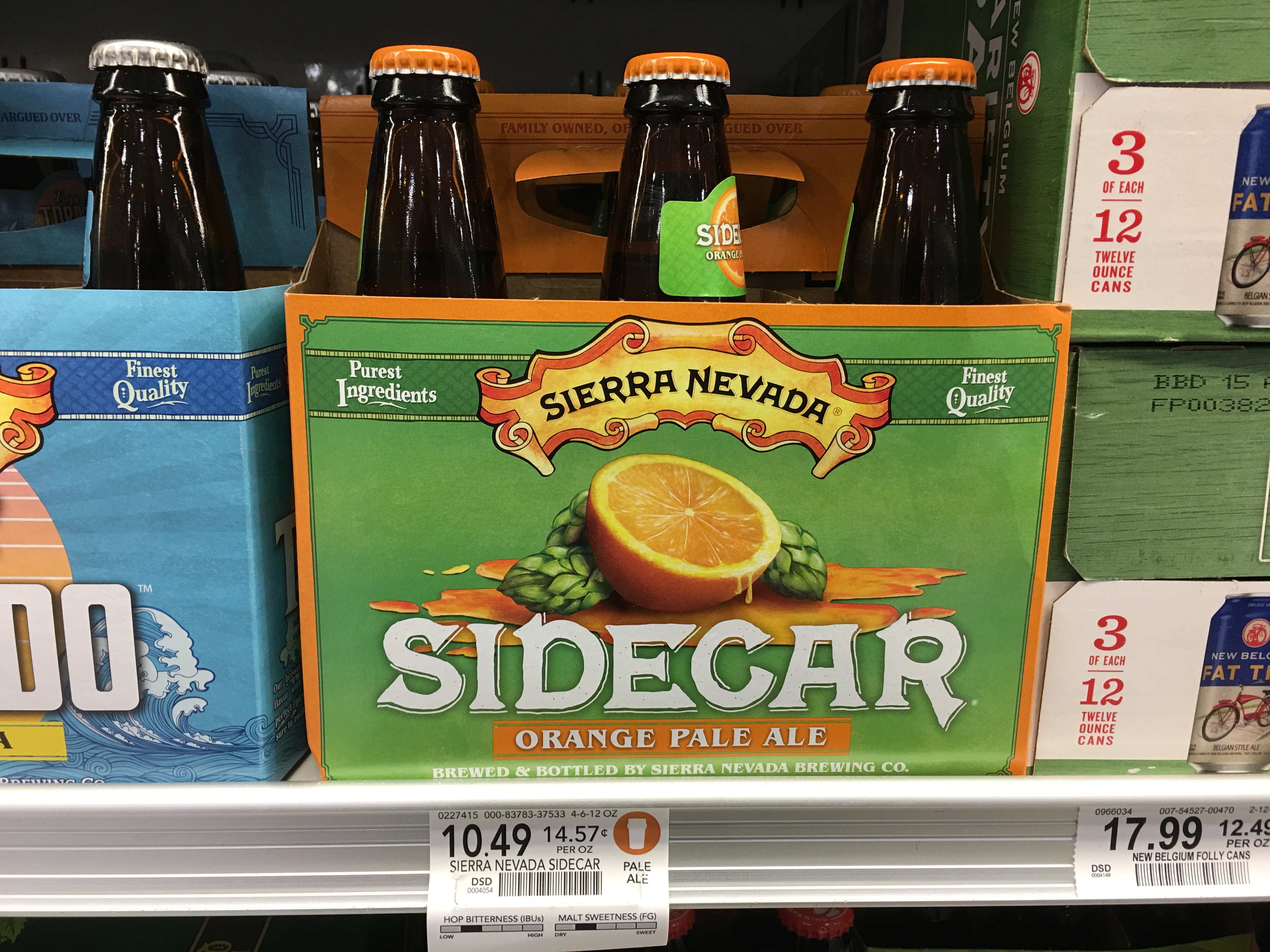 And like a fool, I encouraged this, because I bought it.  Damn my curiosity!

But it was good.  It was a hoppy ale with an orange accent, a significant improvement in orangy beer over that Blue Moon crap.  Yet the seed hath been sewn, and I suspect that soon we shall see the humble sidecar rebirthed from ashes, off in a blaze of glory to mediocre Americana restaurants everywhere–ultimately to share in the cruel and adulterated fate of the Manhattan.  Alas, sidecar, we hardly knew ye for what you were.

“I need a pretentious cocktail to order.”

The request immediately snapped me from my daydreams.

For reasons I won’t go into here, we were headed to a social function.  And Liz wanted to send the appropriate social cue: engaged, but slightly and arrogantly aloof (see above: pretentious).  Not negatively and actively pretentious, but rather one of perceived pretentiousness, as in: I dressed up to go out and I speak with proper grammar.  That kind of pretentiousness–the kind that would complement her husband’s trenchcoat/tie/scarf-wearing pretentiousness.  You get the idea.

Mix pretentiousness with drinking, and in this very specific scenario, she was married to the right man.

“Ah, well then you need an obscure yet classic cocktail,” I replied, then began thinking.  It had to be something she would drink, obviously, yet it had to be something I’d never seen on a menu before.  But, it had to be rooted in old traditions–a recipe that had an official IBA standing and contested origination history.  A memory coalesced of Alton Brown (culinary pretentiousness personified), arguing his historical version of the margarita’s predecessor.  The associated visual he had provided was even in a Parisian cafe–or bar, whatever the French call those establishments.  It was a perfect backstory, if only I could remember what it was called.

I remember having had one before, though I didn’t remember when or where.  It had a dark spirit, and was sweet and citrus-y.  I lapsed into silence, waiting for the fragmented neurons to fire in the appropriate sequence.  Minutes passed since my response; while I grumbled to myself, cursed my memory, and browsed through my phone hoping to find the answer.  Yet Liz didn’t interrupt my thoughts.  Perhaps the visual signals I was sending indicated a heavy CPU load, like a fervently-blinking yellow light–you just let it finish what it’s doing before trying something else or it might lock up and crash.

“A sidecar!”  Huzzah!  I then researched the exact ingredients: cognac, lemon juice, and an orange liqueur–which sounded good to Liz.  Then, to complete the effect, we discussed the manner in which such a drink had to be ordered: with a specified liqueur and manner of serving–ultimately concluded to be Grand Marnier and served up (and Courvoisier–if your preference is for that mediocre product of marketing other cognac that’s only drunk because of its popularity among hip-hop singers, kill yourself). 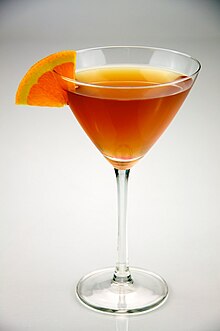 At the restaurant, the waitress took down the order with an obvious air of skepticism, probably assuming that someone at the bar had to know what it was.  She returned with a cocktail–served up and in the appropriate vessel…with a glass of something else alongside.  Upon inquiry, she explained that that was the Grand Marnier.  Apparently somewhere along the way someone considered the liqueur to be a separate request, rather than a preferred ingredient.  No matter, once the Grand Marnier was mixed in, it made for a very respectable sidecar.

Liz found it very agreeable to her palette, and decided to request the drink elsewhere, and each time it was a phenomenal success.  This made me re-think my own cocktail of choice, the Manhattan, because 1) Bourbon is increasing in popularity, and 2) Possibly as a result of the first reason, the Manhattan is now well known, which leads to 3) The drink appears on cocktail menus now which means that everyone makes their own non-standard version, they’re watered-down, and they’re overpriced.  My weak-ass Manhattan cost $10 next to Liz’s significantly stronger and tastier $7 sidecar.

So now I’m jealous.  We can’t both order the same drink, and the sidecar’s become her socially-refined signature cocktail.  Perhaps it’s time for me to just move on.  Bourbon, you were good to me for a long time, but you’re kind of a whore, and too many lips have touched you.