That doesn’t quite have the same ring to it.

Of course, I’d rather eat a pawpaw than a squash, too.  Squash are really only good as butter sponges or for decoration.

But they’re fun to grow, and despite their questionable culinary value, a source of home-grown nutrition a la Victory Garden!

Yet despite my plans, many of the seeds I selected didn’t germinate, and those that did weren’t what I expected.  Maybe some things got mixed up in the seed vault.  I also scattered compost, which apparently contained a number of squash seeds from the year prior, which I let grow to fill in the garden space.  Consequently, I have some interesting varieties.

Ponder this a moment.  What plant has fed the white man for centuries–post American exploration?  From its humble roots (hint hint) as peasant sustenance to modern day caloric side dish filler?  A ubiquitous medium which assimilates the flavors of anything it touches, from spice mixes to rendered oils?  From elegant salads to white trash junk food? 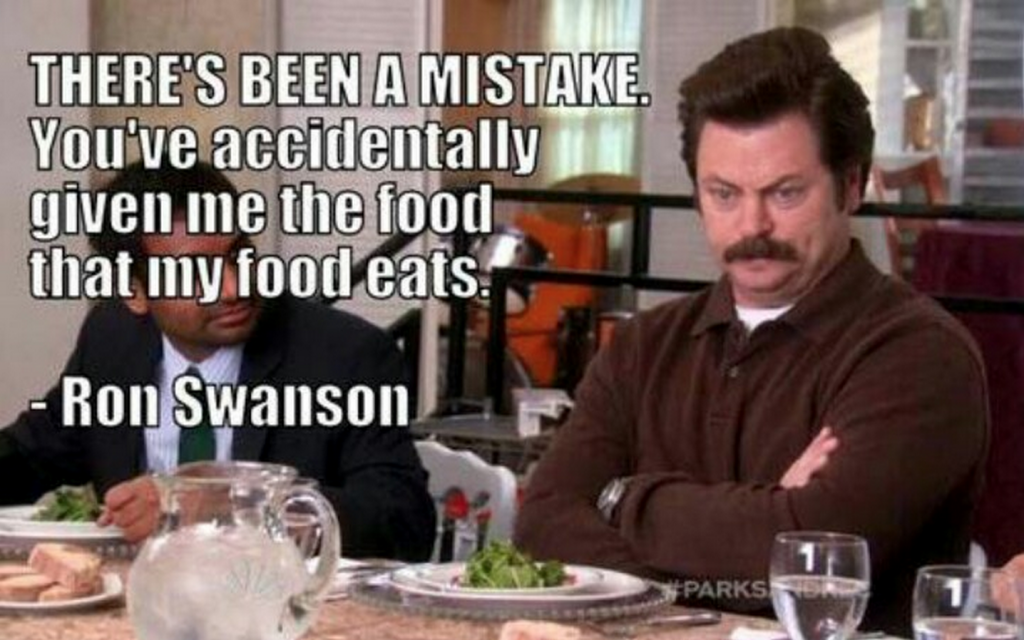 No, chicken isn’t a vegetable. 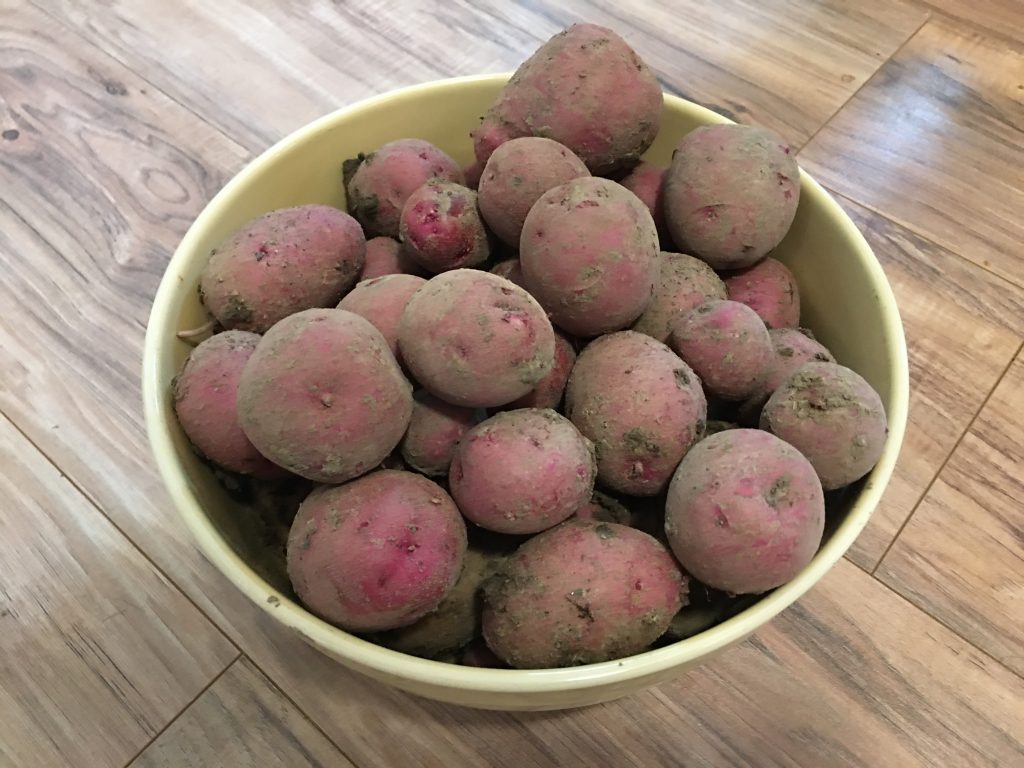 Mmmm, there we go.

We planted a couple rows of these, and netted 10 pounds for harvest.  So approximately 1 pound of potatoes per linear garden space.  Not bad.  I’m hoping to get a second crop now, but the weather isn’t cooperating.  On the other hand, the cost of using old potatoes that weren’t eaten in time is essentially zero, so no great risk compared to the potential gain. 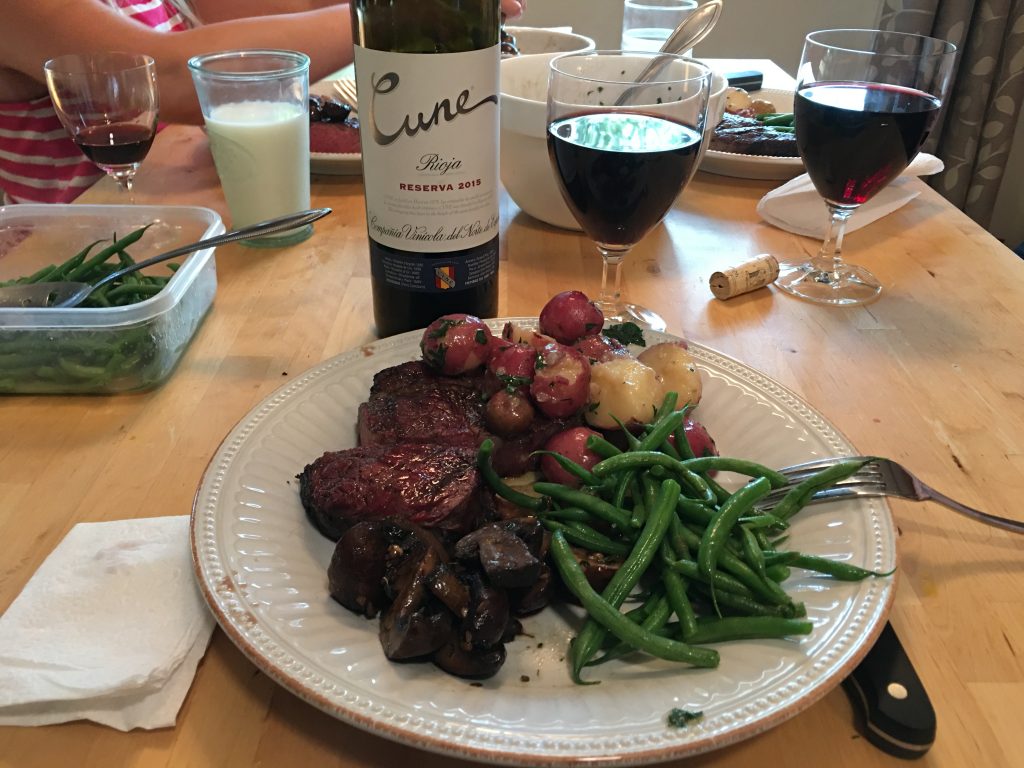 And by “gain”, I mean to my waistline.

It had been a while since we took a John Bryant trip.  I had taken Joe fishing there last year as part of another forced manly right of passage, with limited results.  But much of the good fishing always lay on the far side of the river, and the bridge which crossed it had collapsed some 10 years ago, before Alana had even been born.  As evidence, I just so happen to have an old photo of a successful catch, former bridge in background:

I recall the bridge being high and rickedy.  It was unsettling to cross and I wasn’t surprised when it collapsed.  But every time I fished there after, I checked the bridge status, and every time, it was simply chained off.

Then, Dad visited for the 4th of July weekend, and as per tradition we went to the river.  And surprisingly, a sign on the trail announced the new bridge!  Good fishing would be open again at long last! 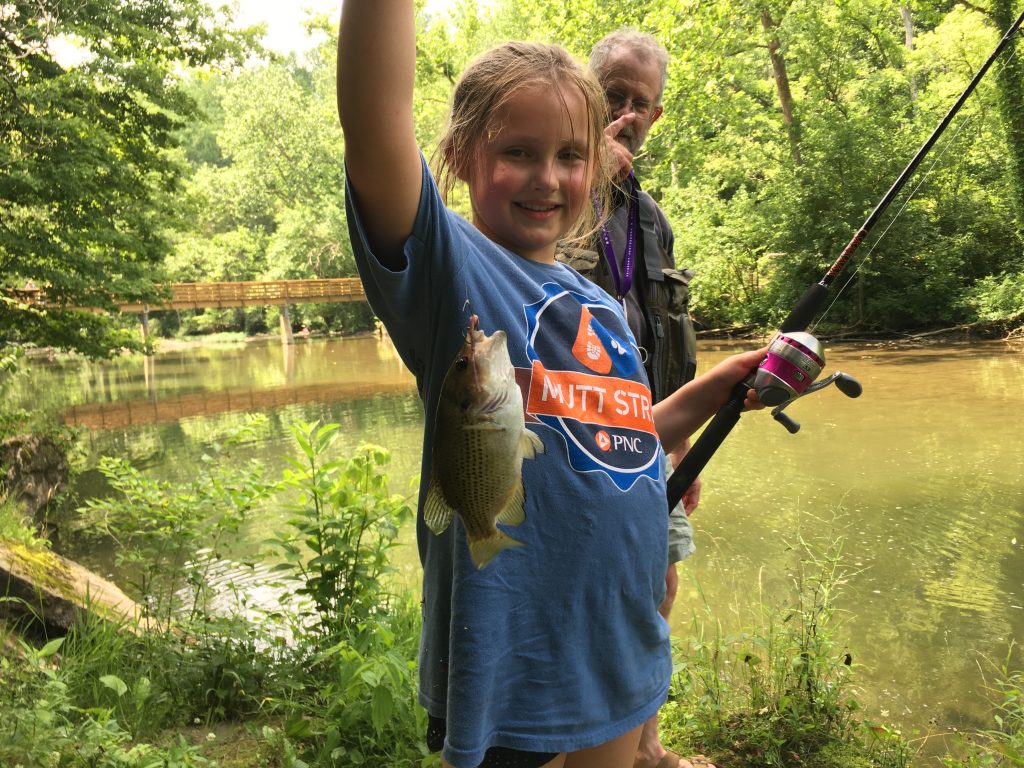 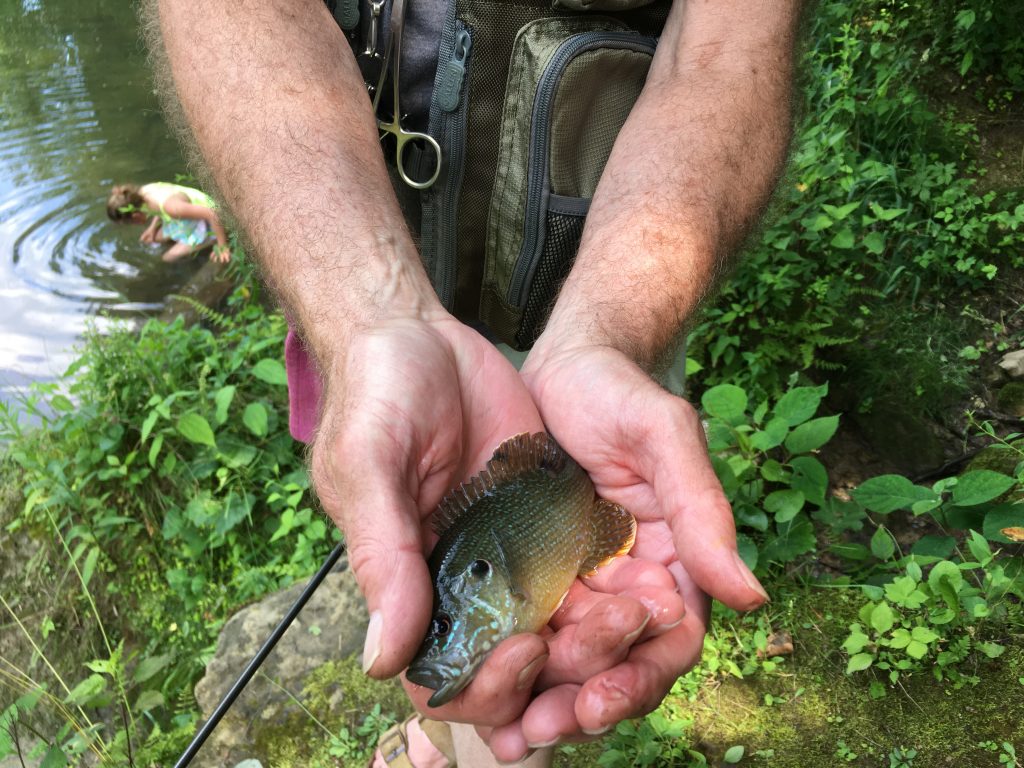 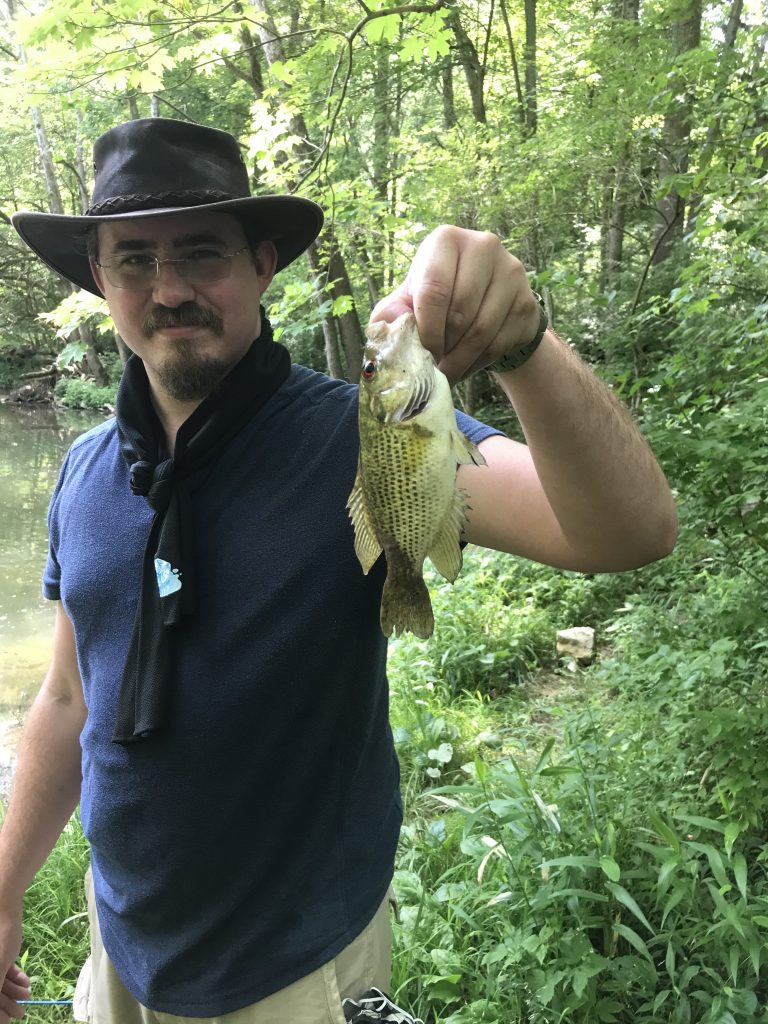 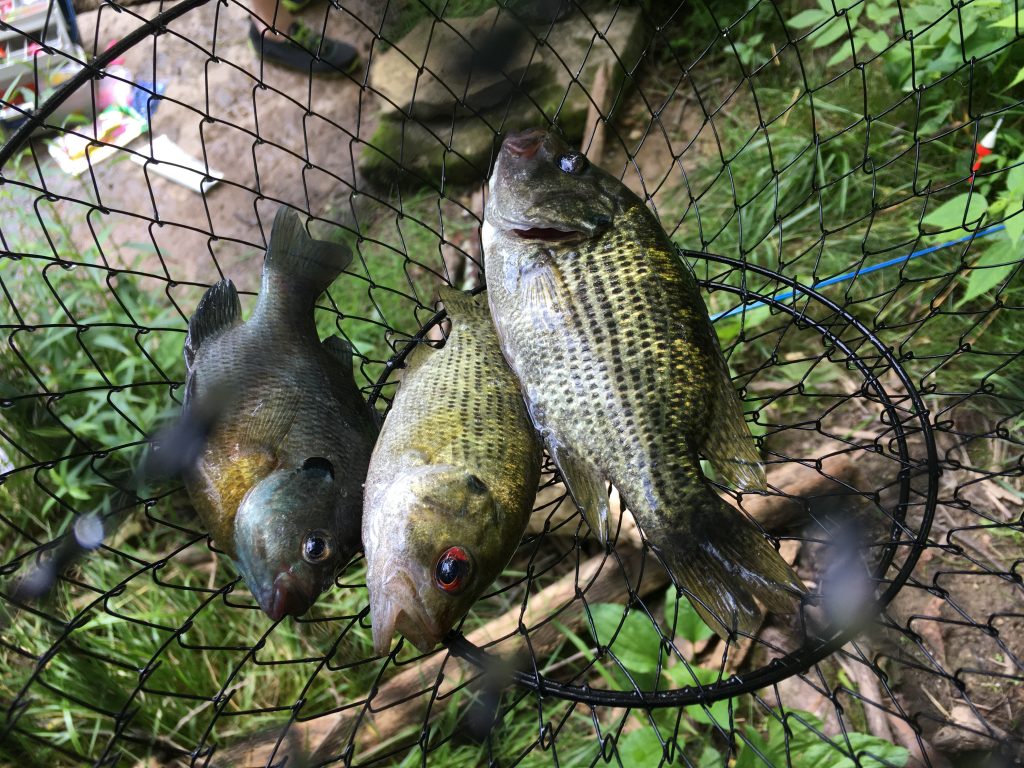 A lot of bluegills and rock bass.  All that sweating wasn’t for naught.

In gardening tradition, the first tomato must be presented.  It’s a beefsteak. 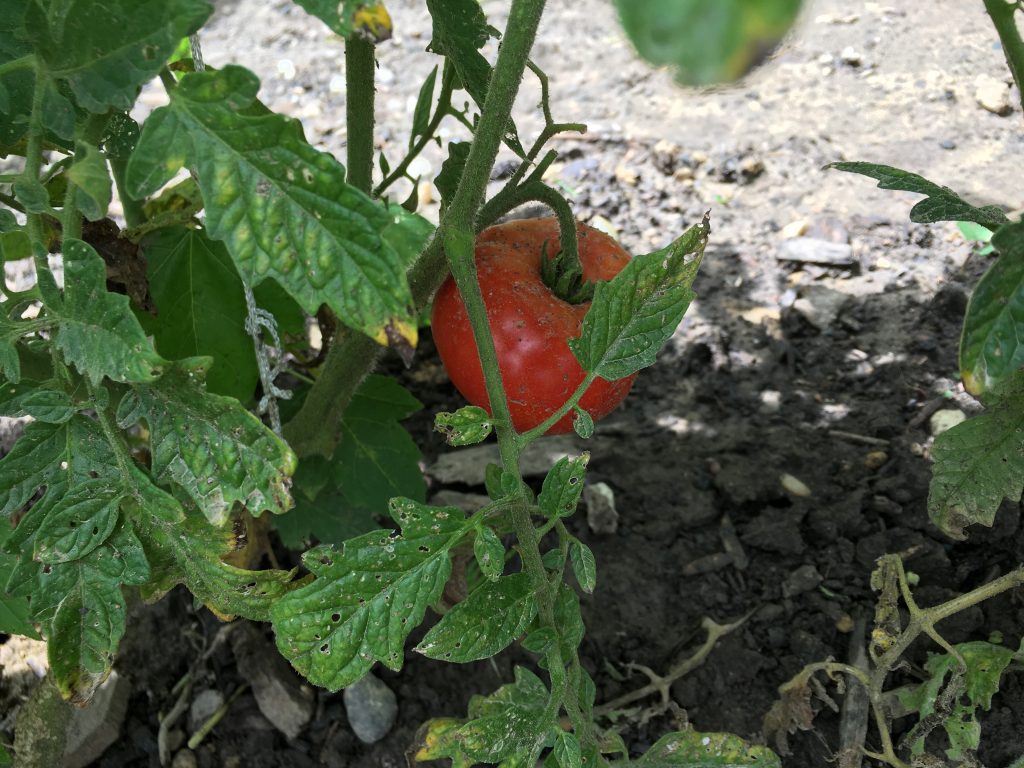 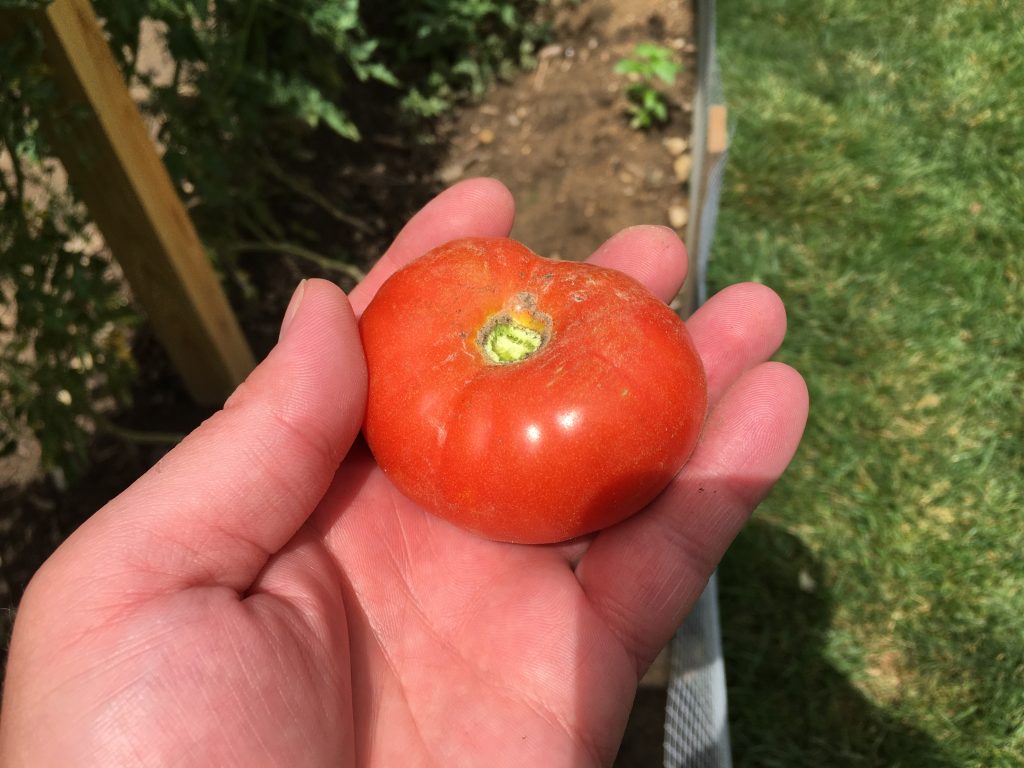 Nothing major here, just a nice bunch of homegrown carrots.  It warrants a post. 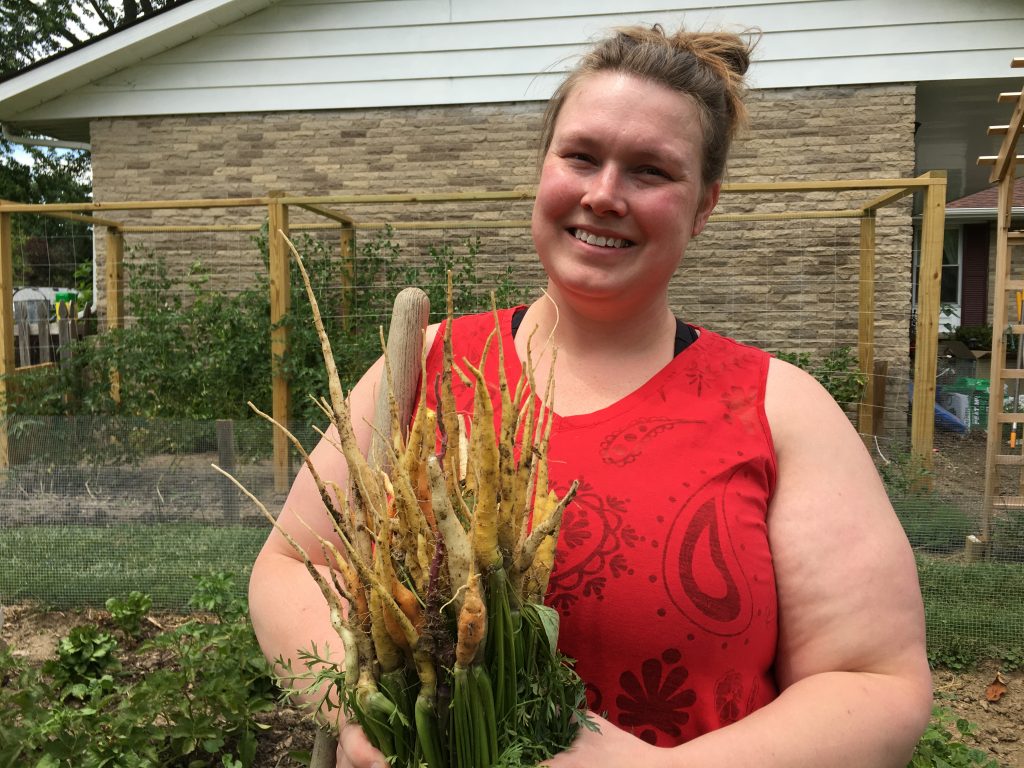