Last month marked the official anniversary of Liz and my iron-clad bonds of matrimony.  Or, in this case (being year 7), copper, according to the traditional anniversary gift theme.

As such, I was tasked to find the appropriate copper gift.  And I decided upon something pseudo-useful and humorous.  No, it wasn’t piping.  It was a giant copper cock! 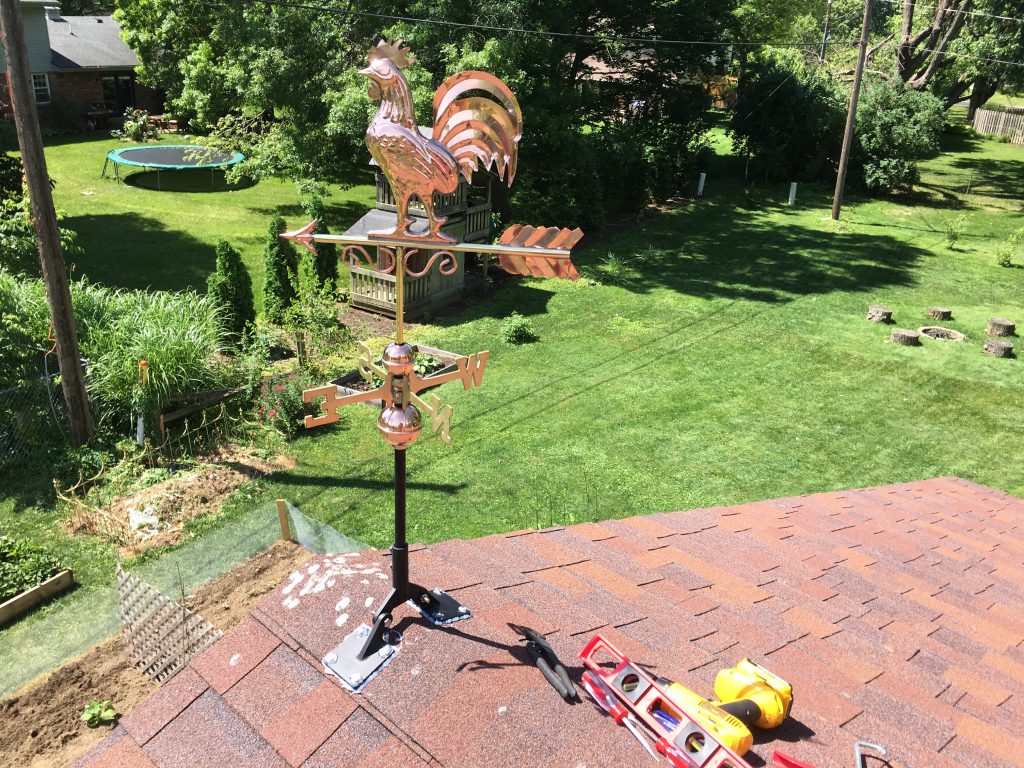 Also known as a rooster, of course.  To fit the country theme of the below garden, or something.  Okay, so it’s just kinda cool to have a weathervane and I hoped she’d like it.

She did.  Here’s me testing it’s accuracy with a sole digit raised aloft to the heavens–or valiantly proclaiming something (“Aeris Amare!”): 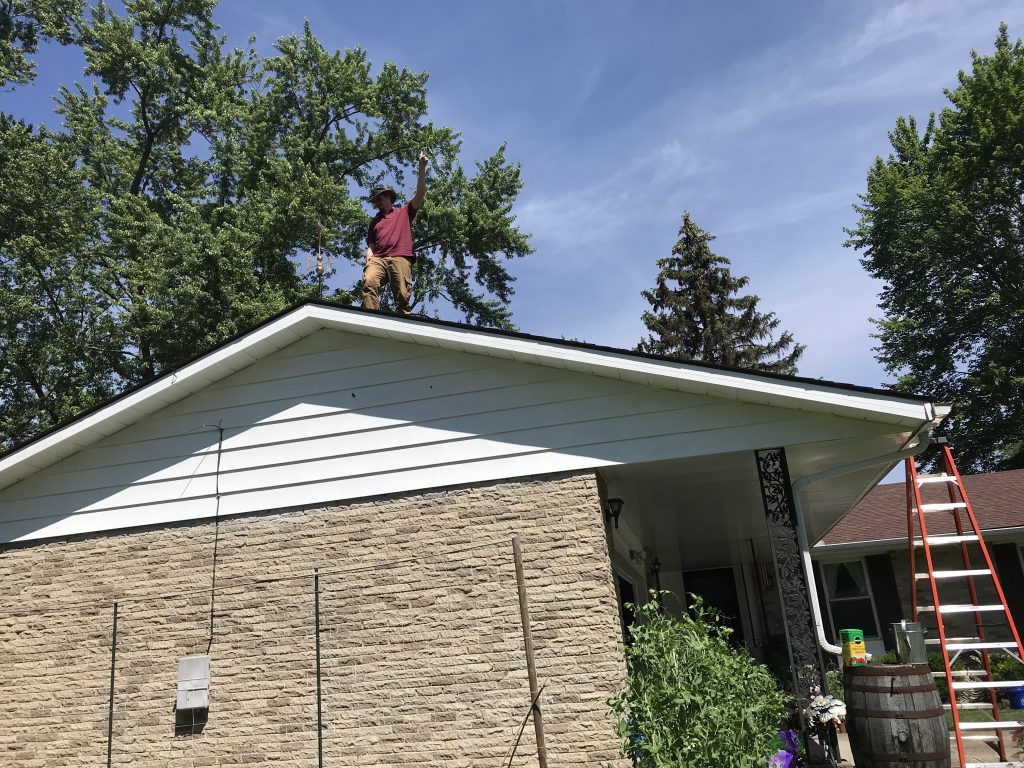 Falling somewhat behind on my posts over the holiday, I’m going to throw out one of those lazy “Here’s a random picture with some commentary” posts. 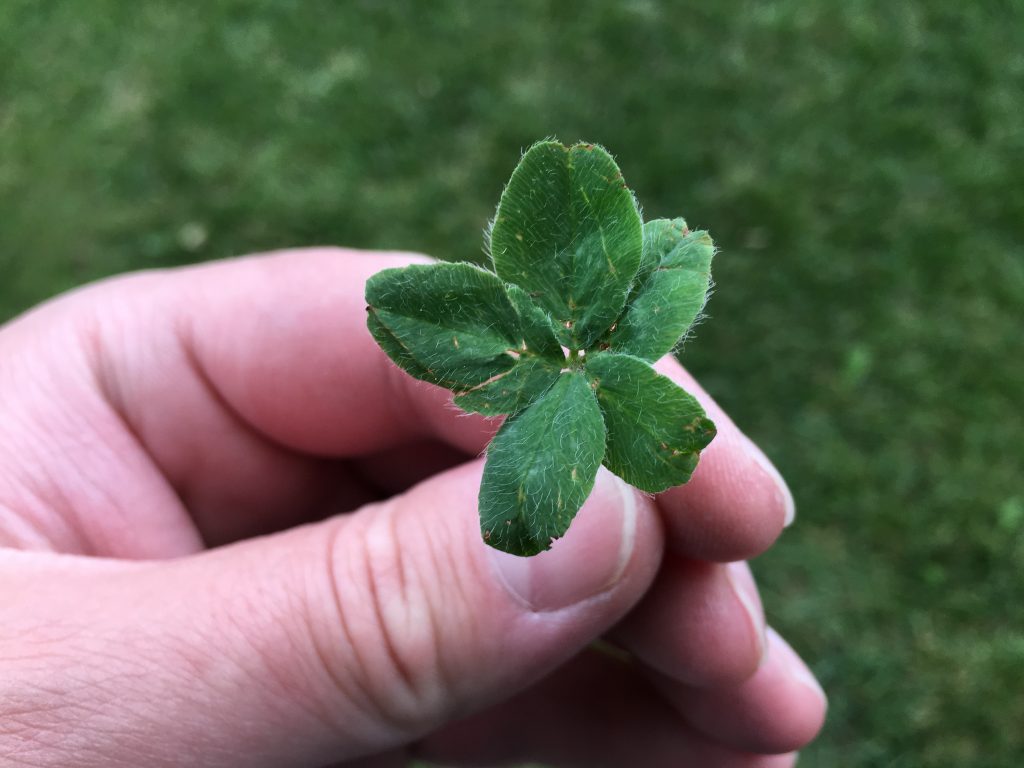 The internet tells me it’s called a “Rose Clover”, and will bring me wealth.  Woohoo!