I’ve been known to play games.

…but usually not seriously, unless it’s by Bethesda or Bungie.  But let’s back up…

The family computer was originally some variant of the Macintosh Classic–an all-in-one machine with a black and white display.  The first game I played, and one my mother was obsessed with, was Crystal Quest.

Of course everyone else had Windows machines, and so knew nothing about the games I played.  They played Doom, Fallout, and Quake; I played Marathon, Myth, and Avernum.  Consequently, I learned that my gaming background would simply be forever different than that of most peoples’.

But I also learned that games are diabolical abominations of coding, and that the mere effort to get them to even operate on a computer was, if not a feat of engineering, then one of extreme patience.

So after years of gaming on computers and their multitude of problems, I bought an Xbox–a machine designed for the sole purpose of gaming (despite Microsoft’s ongoing attempts to make it a social platform).  But some games simply cannot be played effectively on a console, and as I’m completely unwilling to use Windows unless I have to, I’ve been eying Valve’s Steam.

For those who don’t know, Steam is an online distribution and DRM platform.  I hadn’t considered computer gaming in years, due to my lack of a dedicated machine and desk (and the lingering memories of technical difficulties), but with the completion of my recent command center, and with the Ubuntu computer working admirably, it seemed like a good time to try.

I visited their website, found the Linux installer, and completed the installation.  And it didn’t work.  Turns out that Ubuntu has its own distro of Steam, which I was able to install rather simply from the command line.  It lacks the happy GUI, but that was of minor consequence.  I created an account, found a free game, and downloaded it.  And it worked!

The downside of attempting to turn a Linux machine into a gaming platform was the obvious lack of game choices available.  I had hoped they’d be more prevalent, but a cursory preview only yielded a handful of anime adventures (most of which turned out to be pornography).  So it’s a success in that it works, but a failure in that its catalog so far contains nothing of interest.

Ah well, it’s not like I need to spend more time gaming anyway.  I guess that, for now, I’ll have to game socially in my living room like a normal person.

Bloggers (and YouTubers) have a misguided perception that anyone cares what they have to say.  I know this intrinsically as I write, and am well aware that few, if any, will ever read these words.

Regardless, most content “creators” operate under this fallacy, assuming that not only do people as a whole have the remotest semblance of interest in their thoughts, but that they should be paid for their troubles.  Enter advertising.

But this is not commentary on the economic model of capitalism.  This is commentary on ego–the way we use the word now, not the Freudian definition.  In short: arrogance.  I find it increasingly difficult to find web content devoid of advertising, regardless of the content’s apparent quality.  And we are enabling this trend by democratizing ads–companies that provide advertising scripts freely–in a sense…adsense…as it used to be called.

The argument is old, that commercializing art devalues it.  That may be true, but it doesn’t prove that that art is absent entirely.  In fact, I would go so far as to say that exists in the same quantity as it always has, and now we have to tools to enjoy it without distraction.

For those who have yet to embrace ad-blocking, for whatever reason, a tool exists which goes beyond–element blocking.  Yes, it is possible to selectively block any part of a web page that I find detracts from the quality of the article itself.  For example, on one particular blog I frequent, I have blocked 19 superfluous and unsightly banners, ads, and columns promoting the site’s other content.  One might argue that doing so is messing with the designer’s intended creation, but that’s nonsense, for the alternative is not viewing his content at all.

So really this is just an overly wordy recommendation of the browser plugin uBlock Origin.

Take back the web and enjoy it for what it should be: artistic and intellectual content.

I’ve mentioned The Landscaper, our neighborhood stoner landscaper who doesn’t seem to concern himself much over his children’s blatant disregard for property lines.  Our tenuous relationship as neighbors I had considered to be a cliché, owing to the old adage that “fences make good neighbors”.  And seeing as I had landscapers in the family, I had never considered the profession in itself to be in any way related to The Landscaper’s sub-nominal personality traits.  No one wants to be judged for the profession in which they arrived, if said profession was not the original plan.  I can personally attest to that sentiment.

Liz and I had discussed hiring a landscaping company, as the 0.48 acres could be quite daunting to mow in the dog days of Ohio’s summer (during which I had learned to apply deodorant to certain body parts to which I had never previously considered applying deodorant).  A 2 hour per week investment is right on the fringe of becoming non-trivial, yet I had faltered for 3 reasons: the cost of doing some simple mowing seemed unreasonable ($40?  Fuck you.  I’d hire a neighborhood kid for half that), they probably wouldn’t do the job to my level of expectation, and mowing is my primary source of cardio (otherwise I’d have to go jogging–fuck that).  But something else nagged at my already-wavering conviction.

One evening, as I was driving home from work, I stopped at an intersection, dutifully obeying the rules of the road.  A pickup, hauling a trailer of landscaping equipment, turned left towards me.  In so doing, the driver yelled out to me, “Ur takin’ up the fuckin’ lane ya faggot!”.

The comment gave me pause.  First of all, I was not taking up his lane.  I had merely left the courteously bare-minimum space to my right so that if a car behind me needed to turn right, they could do so without me first having to vacate.  Second, it was an extremely rude and offensive comment to make to a fellow motorist.  At the time, I had simply ignored it, since the fellow obviously proved himself to be beneath contempt.  He completed his turn without incident, proving that I had indeed left sufficient space, and I continued on with the rest of my day.

The encounter would have faded from memory, but Liz recounted a story of a colleague’s run-in with a landscaper–something about a collision and overblown tempers and threats of litigation.  Then I recalled my mother’s stories about her former employer.  Then I remembered The Landscaper.

Then this guy showed up at my door, soliciting his own landscaping service.  I would have dismissed the encounter entirely, had he not had the audacity to then ask me whom I was currently employing.  I told him it was me.  He left immediately. 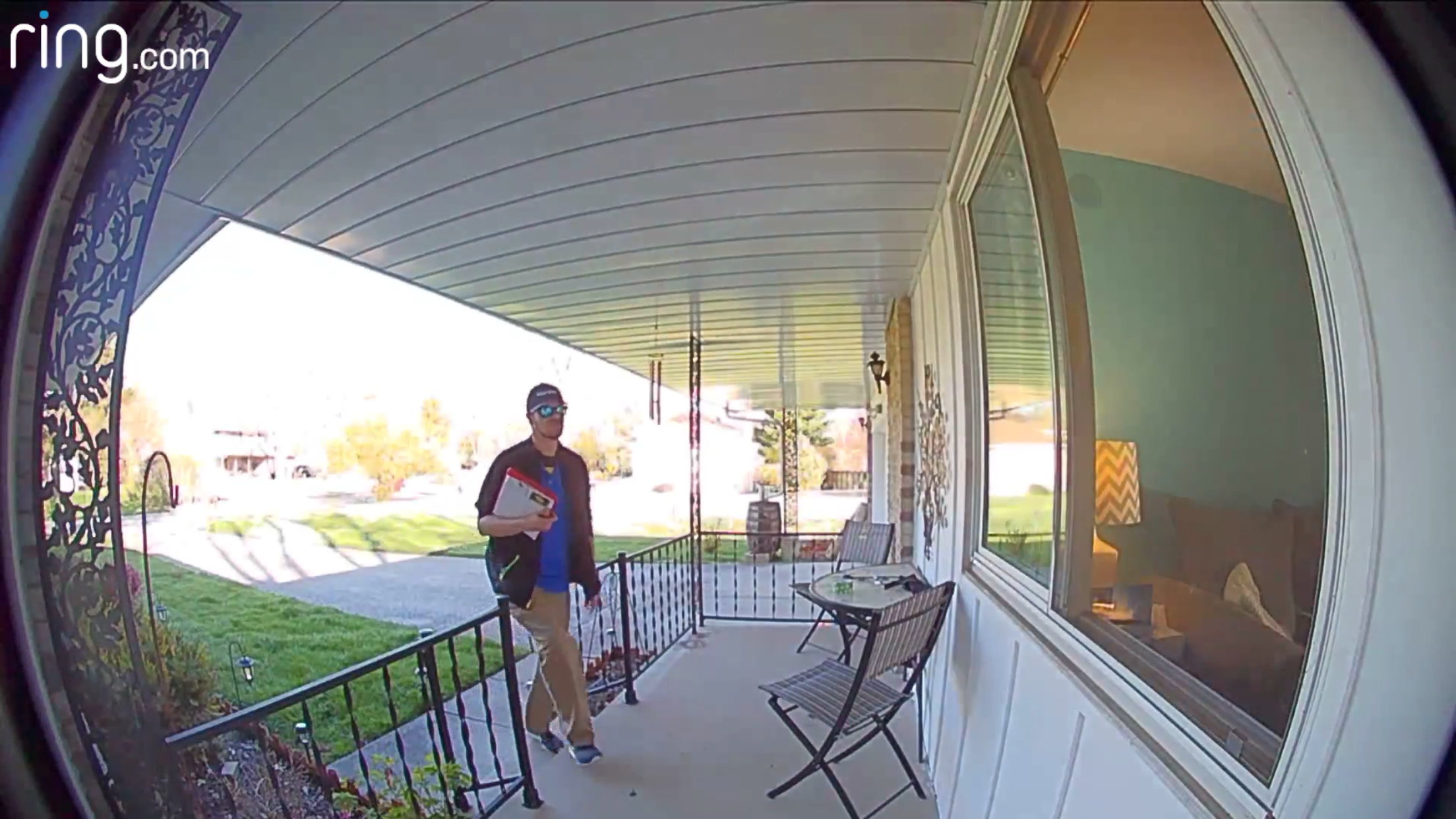 It might be a foregone conclusion, but landscapers are assholes.  Were it not merely due to my aforementioned reasons, this conclusion itself is reason enough to deny additional revenue to these degenerates.  No, I’ll continue to mow the lawn myself, and when I’m too old and feeble to manage the task myself, I’d gladly pay a neighbor’s son the equal of your their rate, just to deny them the revenue.  Fuck you.

The hate
Prerequisites substantiate
The method to
What those feel now
Is out of place
And just passed down
By those who suffered
And now gone
Without a trace.

The blame
Misdirected without shame
Beliefs today
Are out of place
And those who knew
Feel no disgrace
Are now the victims
But remain
And are not few
Yet oft eschewed.

But only so I can keep drinking bourbon.

I mean, I don’t live in New Jersey.  I don’t need to look like a big ripply and tanned turd to fit in.  But I do need a reasonably healthy BMI and the body strength to handle maintenance and landscaping duties around the house.  And so I do work out, with a simple chin-up bar and some weights.

But then Liz arranged to buy a used machine from a colleague–one of those complicated torture devices with the cables and pulleys–on the cheap.  I’ve always been hesitant to use those things, as I’m under the assumption that isolation exercises don’t replicate a natural range of motion and so at best are minimally effective, and at worst physically damaging.  Mostly though, they’re expensive, so now with the cost variable removed, I was willing to try.

So off we went to this dude’s house which he was selling and was completely devoid of any furniture save this machine he didn’t have room for anymore.  And as the house was no longer occupied, the dust had begun to accumulate.  And the lubricant had inevitably leaked out of the machine.  It was gross and unwieldy.

I had hoped that we could selectively disassemble the thing into manageable chucks that fit into the back of the CR-V.  In so doing, however, the cables tangled, and when we got back home the thing was a giant knot of cable and steel.  We then threw it into the front lawn and sprayed it off.

Having lost patience with it for the day, it was cast into the basement, where it lay waiting for reassembly.  But then we went on vacation.

Upon returning, I quickly grew tired of the mess and so began putting it back together.  This proved to be no easy feat, as since the device was partially assembled, the instructions could not be sequentially followed.  So I had to resort to deduction, and the instructions sucked anyway.  And did I mention the thing was gross?

But its full assembly was inevitable.

It seems to work okay.  A point of confusion was the pulley system that changes the weight resistance.  Depending on which cable is pulled, a single plate can have 4 different poundages.  I’m not terribly interested in quantifying my workout to that extent, but it did cause some initial confusion regarding my abilities and why my musculature seemed so wildly disparate.

And Liz and I can work out together now.  That seems minor, but it’s far more motivating to be suffering alongside someone than alone.  Now, when the weather ever decides to change into Spring, we’ll be properly conditioned for the upcoming gardening installations.