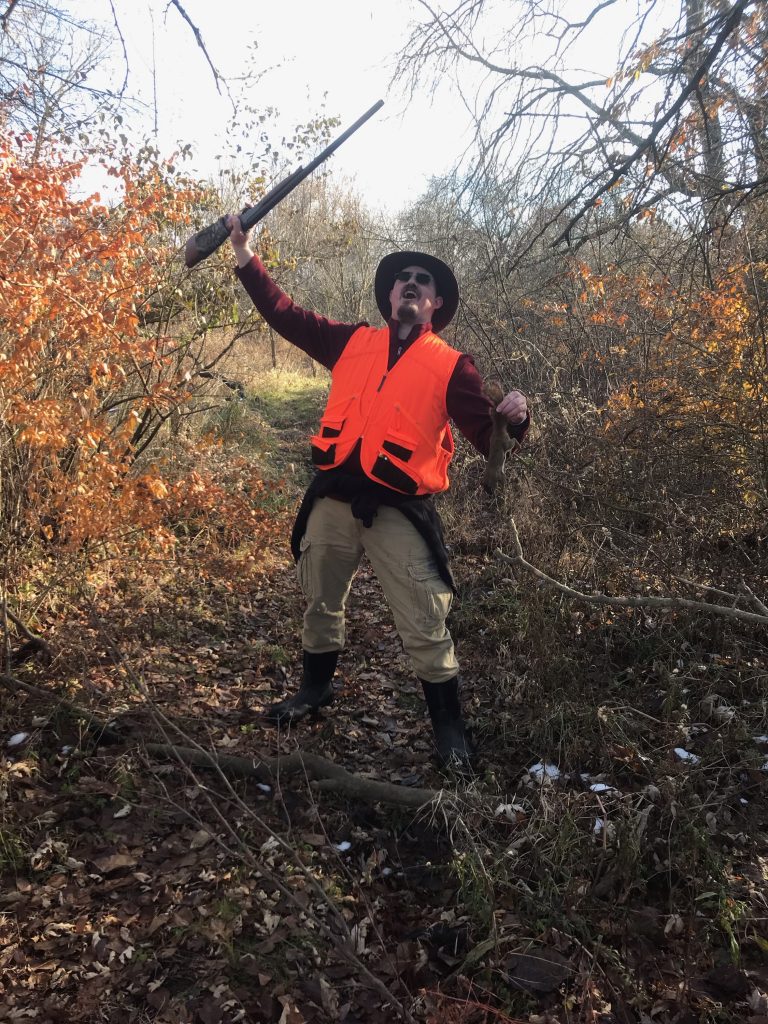 Alas, still no squirrel for Joe.  Though at least he got to feel like a badass riding shotgun: 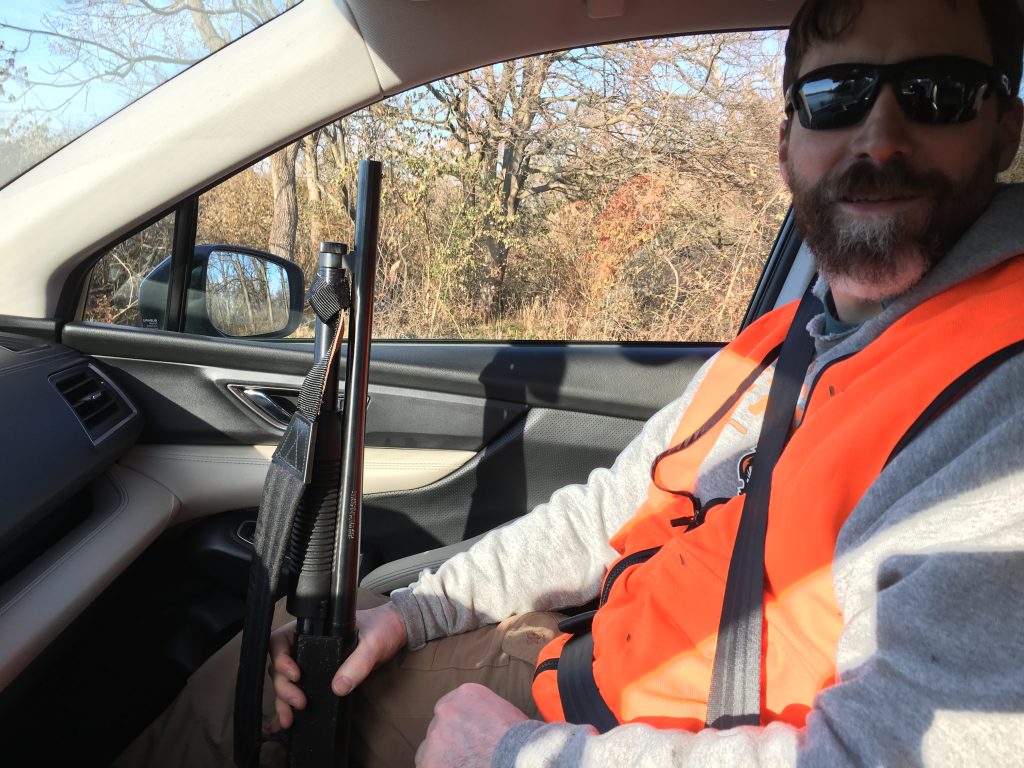 I neglected to mention that we got a new dog.  It’s a puppy rescue.  It’s also a Feist.  It’s also ornery and destructive.  I hate dogs that need to be busy. 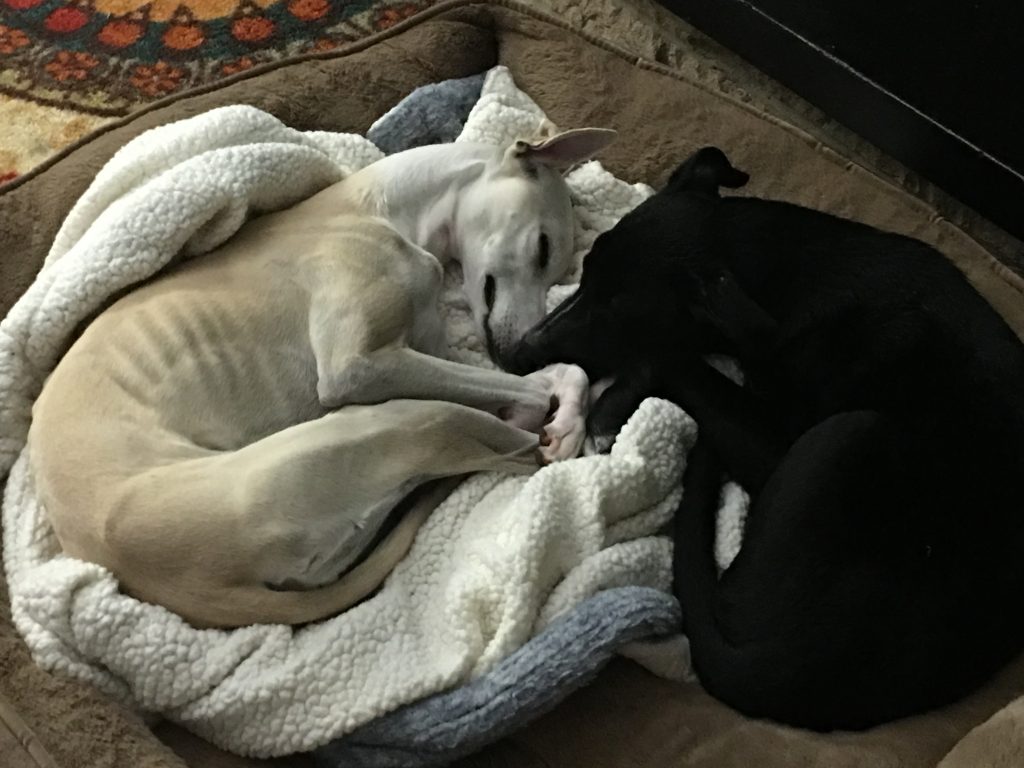 But it’s also, like most dogs, sweet and loyal.  It’s already demonstrated some protective behaviors, and is wary of novelty, rather than immediately accepting a la whippets.

Two is the critical mass for canines.  Our family is now stable under the laws of density.

This is more of a PSA than anything, but (unsurprisingly), with the lack of interest in general email encryption, apparently no one’s going to step up and offer us free email certificates anymore (why, LetsEncrypt?!).

Also, I discovered that Firefox removed keygen support, so you can’t use it anymore for certificate generation.  I missed that memo, and spent some time acquiring my domain-validated certificatewith Sectigo’s support team (being told repeatedly to use Internet Explorer, amusingly), before this detail was mentioned, and I was able to complete the process in Safari (this imports the certificate directly into Keychain, which then requires an export to send to other devices).

The formerly free COMODO (now part of Sectigo) certificates that I used to use now cost $20 per year (although the site now says $16.99, so they must have dropped it since).  Still, not bad, though irritating.  On the other hand, unlike COMODO’s free certificates, I did get actual support when things went awry, so you do seem to get what you pay for.  And, I was happy with their assistance in acquiring my domain-validated certificate earlier this year, so I’ll stick with them for now so long as they offer decent support.

Other than the company merger and the pricing structure change, and the fact that no one else on the internet appears to use S/MIME encryption, the installation at least remains the same on the various devices I use.  So, you know, encrypt away!  Except you won’t, because again, I’m the only person on the internet who appears to use S/MIME encryption.

And it comes from a weed

I don’t know if it’s the most nutritious, but it’s certainly up there.  I speak of the humble sweet potato–a vegetable I never much cared for because people have this tendency to make it sweet with molasses and brown sugar.  Yet the vegetable itself I find to be more savory than sweet, and is better complimented with salt and butter.

Of course, salt and butter are not what make them nutritious.  But they are delicious.  So when the victory garden went in, and we decided to experiment, sweet potatoes made the list.

They eventually took over, so they’ll get their own spot next year.  I also learned that I’m terrible at digging them up, as I severed more than a handful before Liz took over. 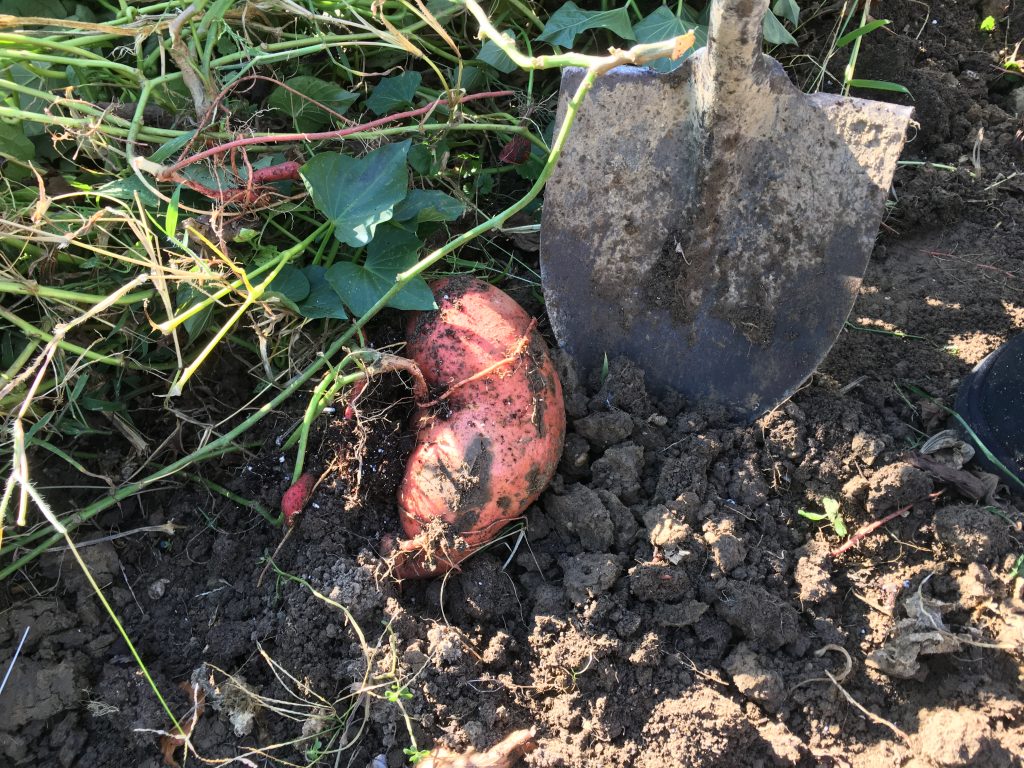 There were quite a few, although I was disappointed with their size, save the goliath.  Next year we’ll start them earlier. 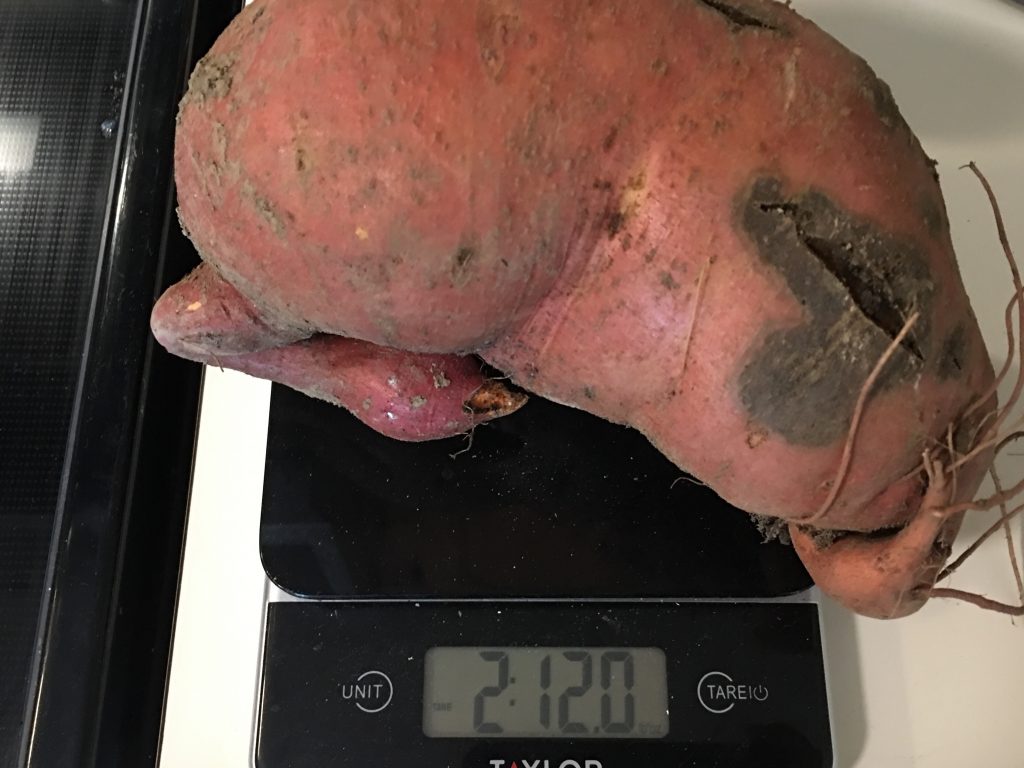 And they were about the easiest plant to grow.  No bugs ate them, and they required no attention.  I can see why they’re popular across cultures.  Surely some more attention would have swollen the harvest, but at least I can have the satisfaction of using my own sweep potatoes for the holiday dinners.