I used grow sunflowers back in the townhouse.  It was amusing to see the tops of those giant plants sticking above the privacy fence in that 12×12 area, but the limited space required vertical gardening to get anything resembling a respectable garden, and sunflowers fit the bill.

But when we bought the house, we stopped planting them, for no reason other than all the existing garden space was being used.  But then we tilled up grass for a new garden, and with the excitement of seemingly endless possibilities, sunflowers were thrown into the mix. 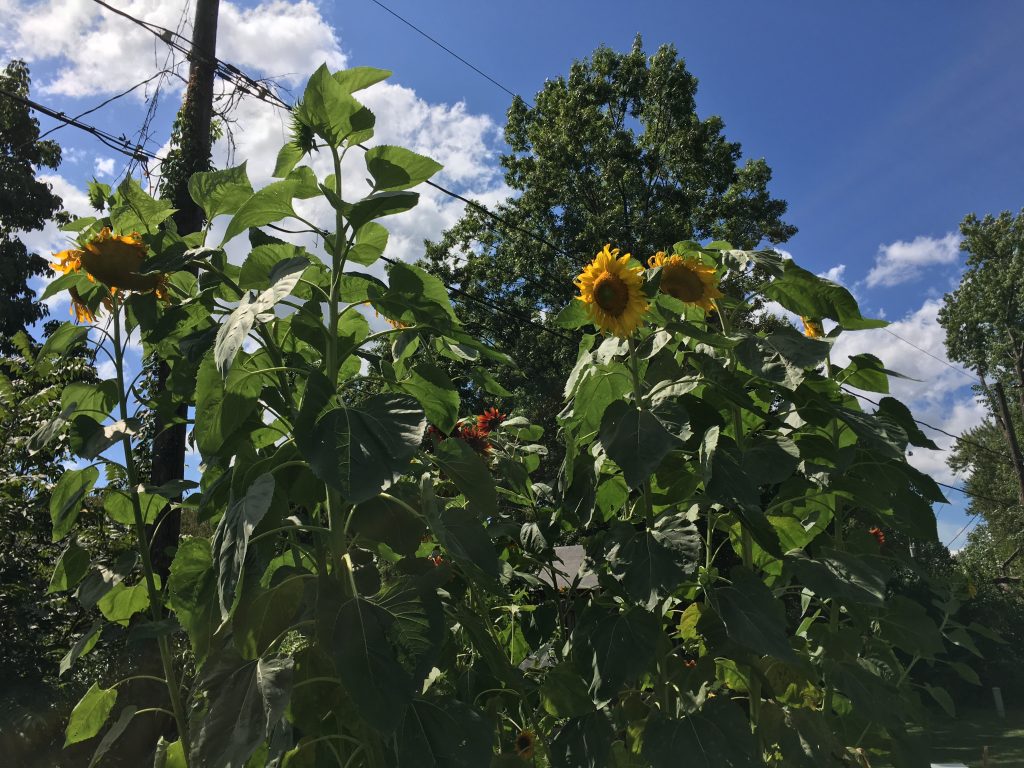 Then, as flowers do, they turned to seed.  And sunflowers make a lot of seed.  And squirrels are greedy bastards, but I can’t shoot them in my backyard.  So I harvested the seed.

I don’t know what to do with them, so they’re hanging in the basement drying.  Maybe next year I’ll create a sunflower forest. 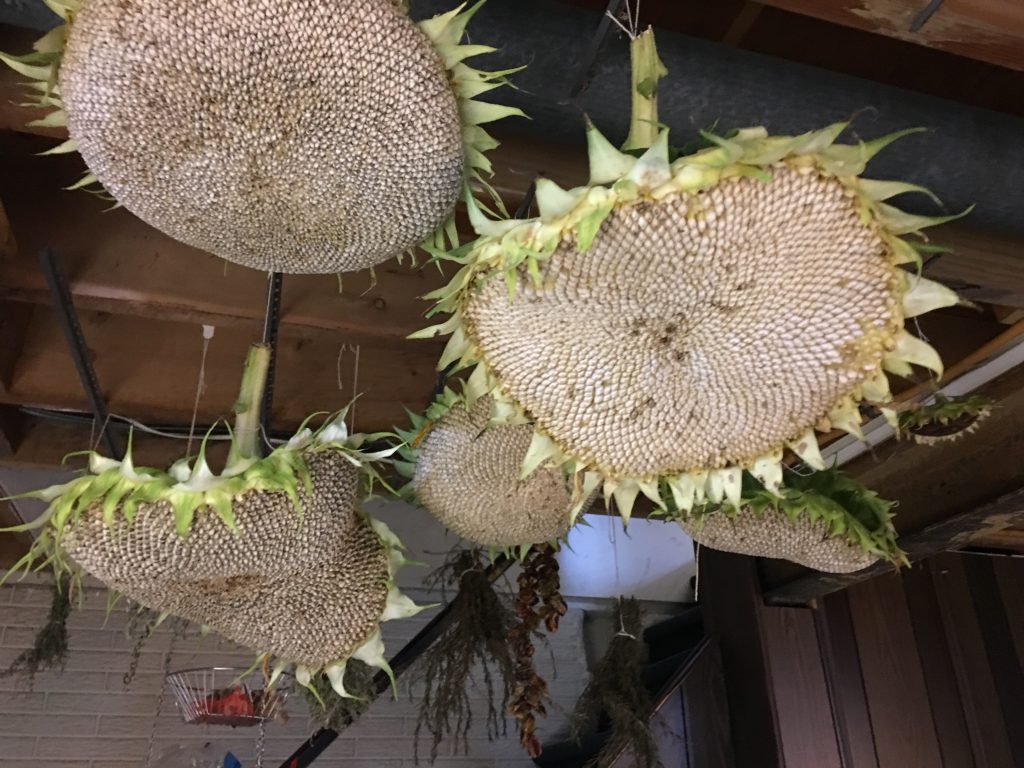 Last year, hunting was a failure…if you judge success by quantity of vanquished quarry, that is.  Flesh is only one of the reasons to go hunting, granted, but the other reasons are mere condolences one gives himself upon the lack of dinner, when no flesh hath been gotten.  But not this year!  This year, we eat!

Following last year’s events, I let the season sneak up on me, until Joe, unexpectedly, called me on a promise/threat that I would take him hunting.  And not one to dishonor a prior arrangement, I agreed.  We would hunt flesh this year after all–Joe for the first time. 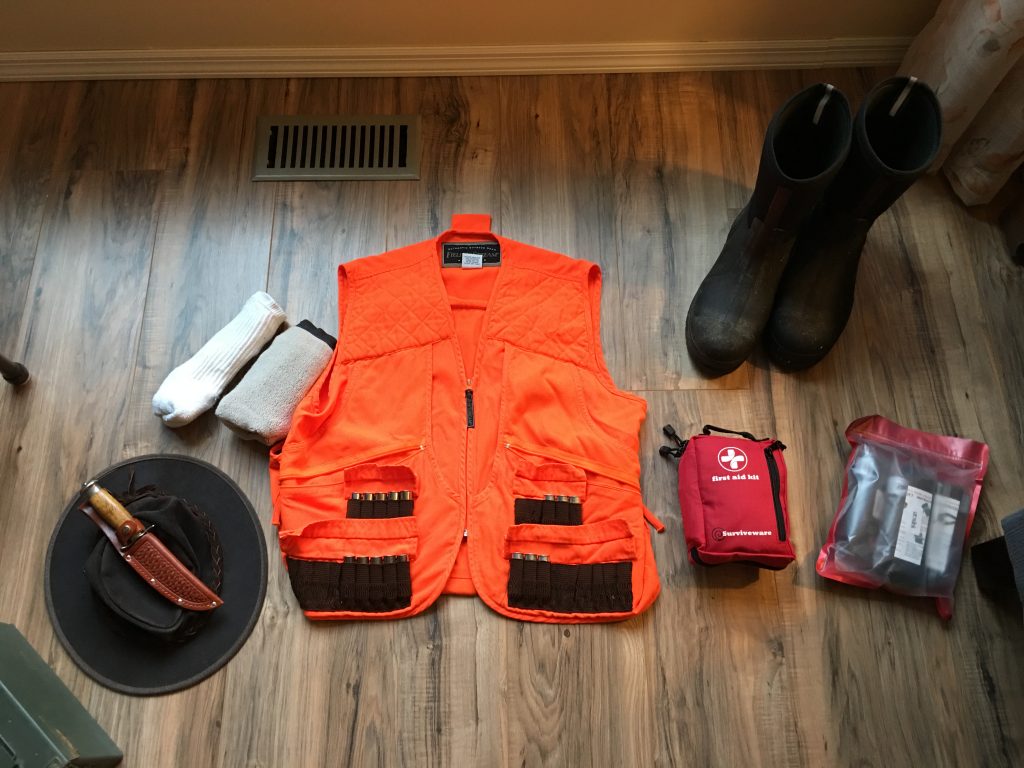 The first aid kit and tourniquets were new acquisitions.  After last year, when the woods were awash with 20-somthings sporting camo-skinned shotguns, I considered that I might need something to treat trauma.  Fortunately, that turned out to be a mere precaution.

And so, properly geared up, we were off to that little plot of woods in which I’ve only ever been successful hunting squirrel on public land: Clark Lake.  I cast a judgmental eye upon Joe’s loadout: a tactical 12 ga. and an army bag packed with who knows what.  But points for enthusiasm, as evidenced by this photo: 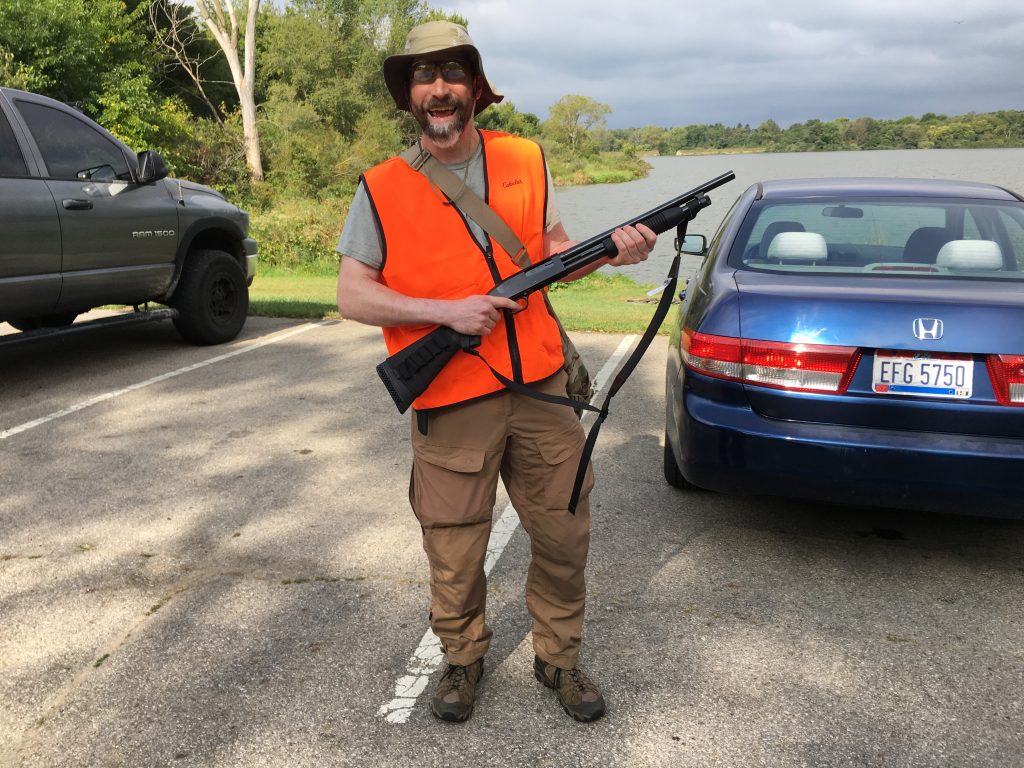 Two squirrels, in the end.  Joe did make an effective spotter despite his lack of experience with the sport–his eyes must be better than mine.  And while he was slow with the draw, he did clean one. 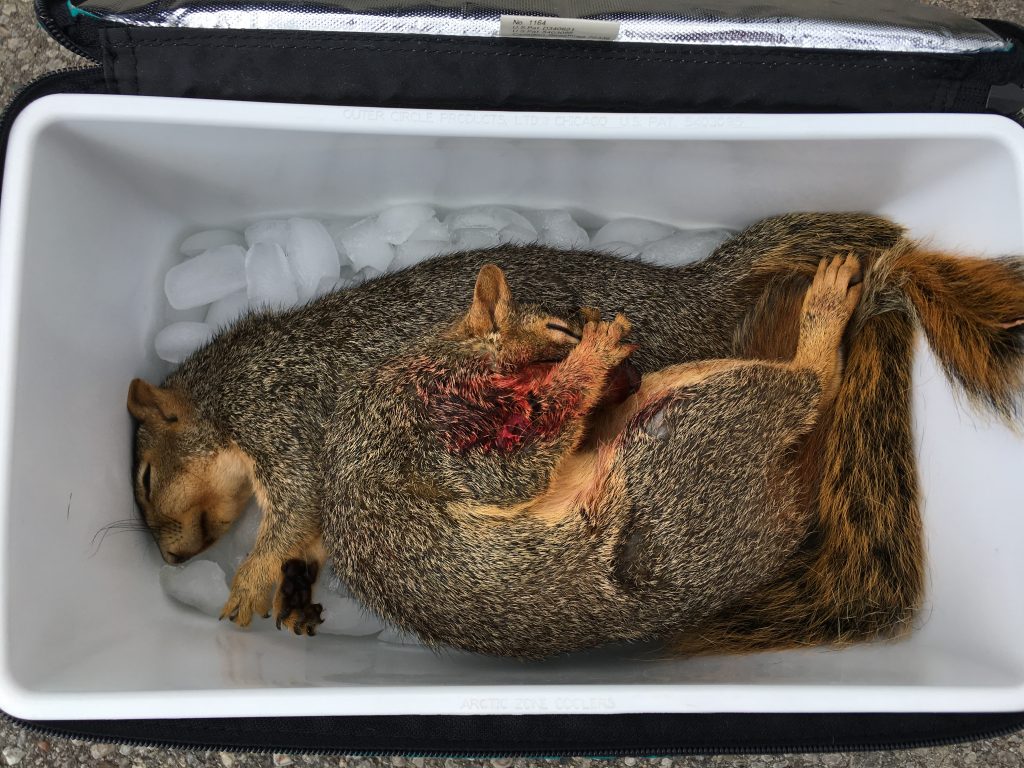 And to maximize the manliness factor, we cooked then in a dutch oven in an open fire while getting some target practice in with the longbow. 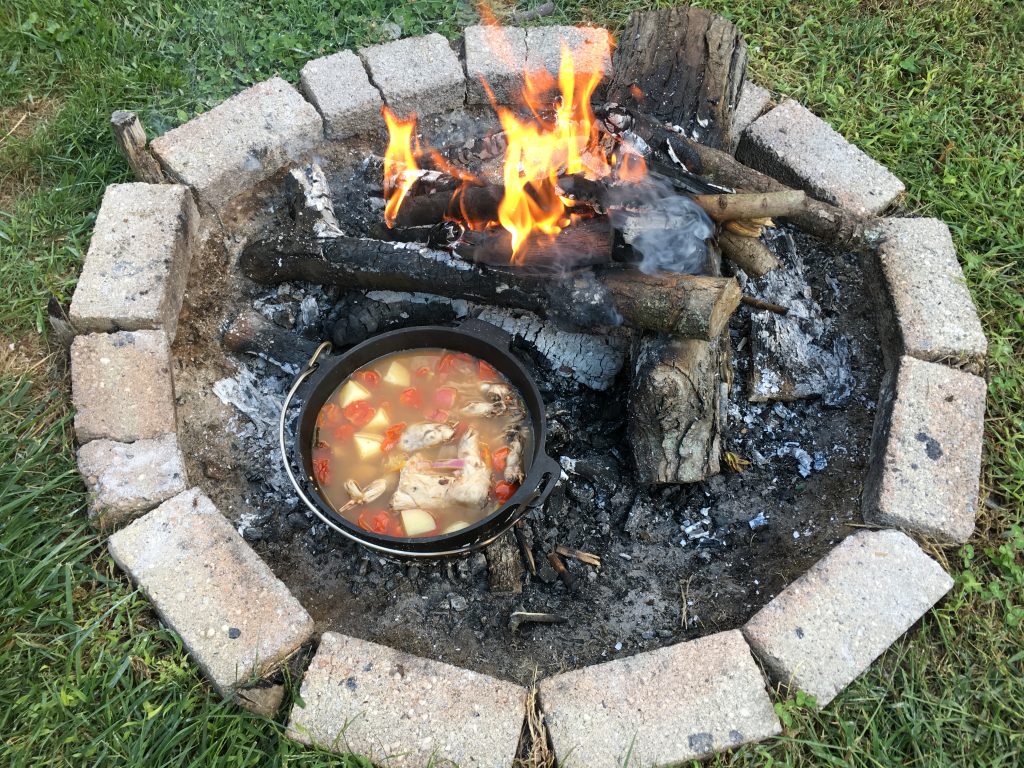 It was a good day.

I never would have predicted that Windows would have gotten so bad that my own wife would choose to abandon it, especially given her disdain for Apple.

But the OS world is not one of strict duality.  And upon my suggestion, she agreed to Ubuntu, convinced with my recommendation (in turn based upon my own recent experiences with it).

The process was essentially the same as the above linked post, so I won’t go into detail again here.  Instead, I’ll just share this picture, and again vouch for Ubuntu with yet another successful experience: 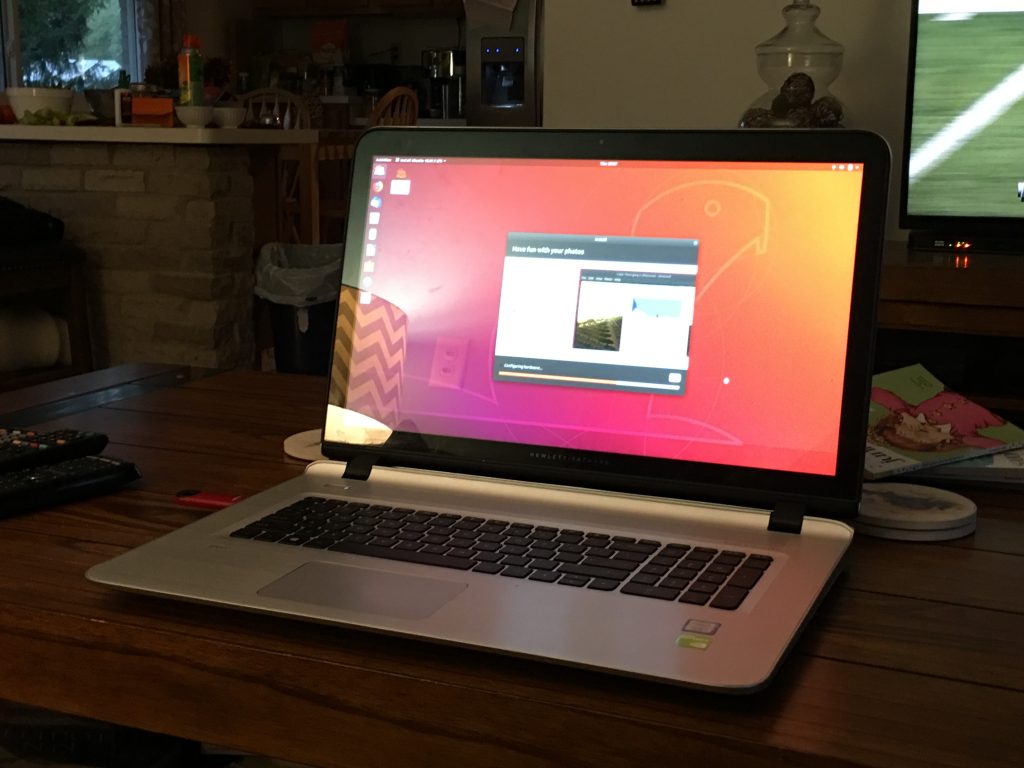 If Windows 10 has made you pine for an adult operating system, and Apple isn’t your cup of tea, then consider the latest Linux distros.  They’re far more user-friendly than they used to be.