Aquarium equipment, like all hobby paraphernalia, runs the full price range gauntlet.  And one can certainly make due with cheaper components, save one piece: lighting.  It always amazed me how much a simple fluorescent hood costed, provided it could accommodate multiple lightbulbs (stock units invariably housed a single), and since I required multiples to satisfactorily grow any plants–yet couldn’t afford the units–I was left with a final option: DIY.

Initially, I took that tiny plastic bulb housing and wired in a set of secondary bulb connectors (these were 24″ T8 fluorescents).  And that worked, but was still much too dark.

Then I acquired a second stock fixture, identical to the one I had, bolted the two together, covered the inside with aluminum foil, mounted the ballasts to the back, and affixed a total of 4 bulb connector sets.  I was pleased with my handiwork, and had successfully created a lighting fixture that was considered “medium light” by hobbyists.

Each ballast ran to a separate power cord, in turn to staggered plug timers.  Each bulb was also a different spectrum, selected to suit my own preferences.  At one point I even attached a moonlight (clips at left), but it had since burnt out.

Ultimately it worked, but was somewhat…janky?…ghetto?  You get the idea.  It was a hack, and an inelegant one.  I vowed to remedy that.

(Yet it still provided nice lighting, as can be seen in this prior post):

Technology has advanced somewhat since those days, and a new option, initially also cost-prohibitive, has now become quite affordable: LEDs.  And that, combined with my mid-life salary, left me with little excuse to forestall any longer.  It was time for research.

My requirements were simple.  It needed to be around 2000 lumens (4x 15watt 24″ T8s run 2000-2400 lumens, more or less, and given the bounceback effect from their omnidirectional properties, plus their fading output, 2000 lumens was probably at the high end of what I was getting with my rig), 30 inches, and not plastic (I wanted something a little more aesthetically pleasing).

I found some good candidates, but the aquarium community steered me towards the Nicrew brand, so I ultimately decided on this number:

As a bonus, they make a dual-channel timer/controller for it, so I can stagger the times of the white and blue lights for nighttime, as well as set the blue level intensity.  Here’s what it looks like installed:

It also uses half the energy.

It also probably won’t kill me if it gets wet. 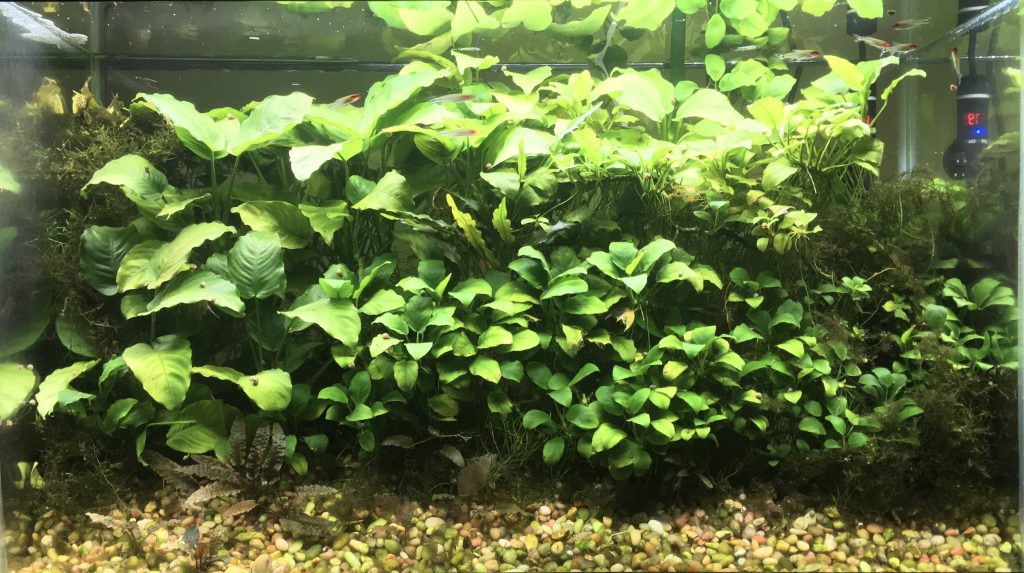 And it looks pretty nice, too.  If you’re looking to upgrade an aquarium light, LEDs are certainly worth consideration.

Beams alight from broken sky
Hallowed ether to the ground
A vacant plot of reclaimed land
A moment’s pause it doth demand
Breaking free from worlds on high
To pierce the gloom without a sound. 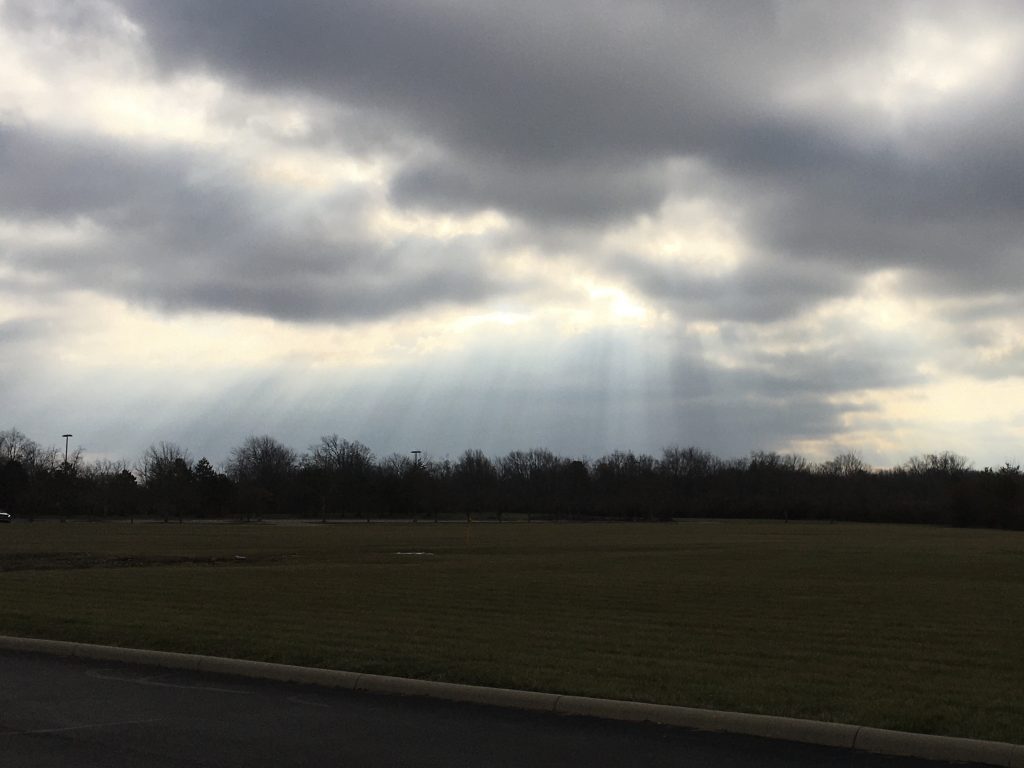 A middle-management banking title, AVP (Assistant Vice President) can mean whatever the company wants it to.  In my case, it appears to mean more to my employer than it does to other banks, as it’s defined with a higher pay band than the junior-level exempt positions, whilst other banks tend to use it solely to define a more senior employee, often devoid of significant pay delineation.  But regardless the salary details, the title identifies a certain managerial level–one specifically higher than a mere supervisor who manages a team’s time cards.

I am, at present, an AVP of Marketing Email Management (AVP, Email Manager, to be exact).

And with that grossly uninteresting introduction, I’ll segue to the actual joke.  As Liz also holds an AVP title at a financial company, we have modified the title in self-mockery of who we’ve become in regards to such socioeconomic standing.  We call it AVP-Ness (say it out loud if you’re having trouble getting it).  Clever, I know.  But it serves a useful function.  It’s a reminder to appreciate what we have and to keep hubris in check, as while job success requires a certain degree of experience and ability, possessing these qualities alone doesn’t guarantee success, to which anyone underemployed can attest.

And AVP-Ness can creep up unexpectedly.  But I will be the first to admit it!  Here are some examples:

And there you have it.  We have achieved success, but in the spirit of the Holidays and in the words of Bing Crosby, and overlooking the religious implications of the exact wording, “I count my blessings”, because “when my bankroll is getting small I think of when I had none at all”.

Hoping everyone had a good Christmas!