Appliances are the servants of the masses.

How badly can that Marx quote be parodied?

Still, it’s a relevant modern take.  Appliances, created to save labor, instead become the baseline expectation.  And while they may start as a luxury for the elite, they’re soon reduced in cost and made accessible to all.  They may save labor, but do they really save us any time?  Once everyone has them, they’re no longer life hacks.  Appliances don’t give us leisure, they just provide more time with which we’re expected to do more productive tasks.  And spend more money on the appliances’ maintenance.

But for that brief period of novelty, they’re great. 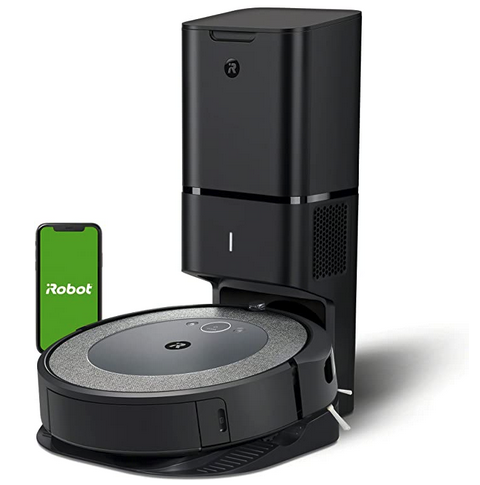 I had long considered robovacs to be a novelty, for how effective could they really be?  I distinctly remember the useless Dustbuster my mother had in the kitchen–designed to quickly and cordlessly clean up isolated crumbs.  And I also remember picking the crumbs up by hand and dropping them into the unit, because it lacked the power to do anything close to vacuuming, and manually removing the debris was simpler.  And of course there was the spite factor, because mom made me use the stupid thing, and I knew those crumbs would fall out the moment she went to use it herself.

The point: battery-powered devices were simply underpowered in the 90s.

But last year a Dyson cordless was gifted, and with it the realization that technology had indeed reached the point where battery appliances were now effective, provided the user had patience with charging times.

And so, with daily sweeping required in our house due to the dog situation, and some nice Amazon gift cards in my possession, why not?

Sebastian 1.0 does a better job than I expected.  He’s sadly impervious to verbal beratement, unlike my future baby-boomer-who-can’t-retire-because-he-never-saved-for-retirement-and-social-security-went-bankrupt-Sebastian-butler/manservant, but on the other hand he’s a lot cuter.

He even drew a up a nice map to provide as a progress report.  Well done, Sebastian!  Take the rest of the day off.

Perhaps robots are the new proletariat, at least until they rise up as one and slay us.  But such would be the necessary end to any exploitative social system.  For now, they save us labor, for better or worse.  For now, they serve us.  For now, they help us maintain our superiority.  And while one day the status quo may violently crumble, when the appliances upon which we depend withdraw their labor and we’re left with little time to ponder such thoughts; I shall at least for now have very clean floors.