Amusingly, it was shortly after writing this post that I received a bourbon barrel from Liz as my anniversary gift.  That isn’t as weird as it sounds.  The traditional year-5 gift is wood-themed, I like bourbon, the last barrel was a nice rustic decoration, and of course it’s been an effective rain barrel and we’ve discussed wanting another one.  And so, she arrived home late one day with this barrel in her back seat, suffering another round of tears to the leather of her car’s interior.  Dry, they weigh about a hundred pounds, although they are very oddly shaped to maneuver solo, but as before I managed to muscle the thing out of the car.  I also had some time off work, so the following day I began my project, leveraging the prior barrel’s lessons to make the second a little better.

This time around, I had a reciprocating saw, so I didn’t break any drill bits.  Also, the wood of this barrel wasn’t as dense, so it was easier to cut.  Still, I think I’ll just go buy a large wood bore bit should I ever do this again.  That would be way easier and would yield a rounder opening.

For the spigot, however, I didn’t want to deviate from the proven method.  Last time, I drilled a 3/8″ hole and gradually whittled it down with a knife until it accommodated a 1/2″ brass spigot.  Manually cutting away slivers of oak is exhausting, but I didn’t want to risk drilling too much and ruining the seal.  It took an hour, and I was thoroughly baked from the summer heat, and I had a bloody knuckle, but eventually I was able to grind away an appropriate hole and forced the spigot in with vice grips. 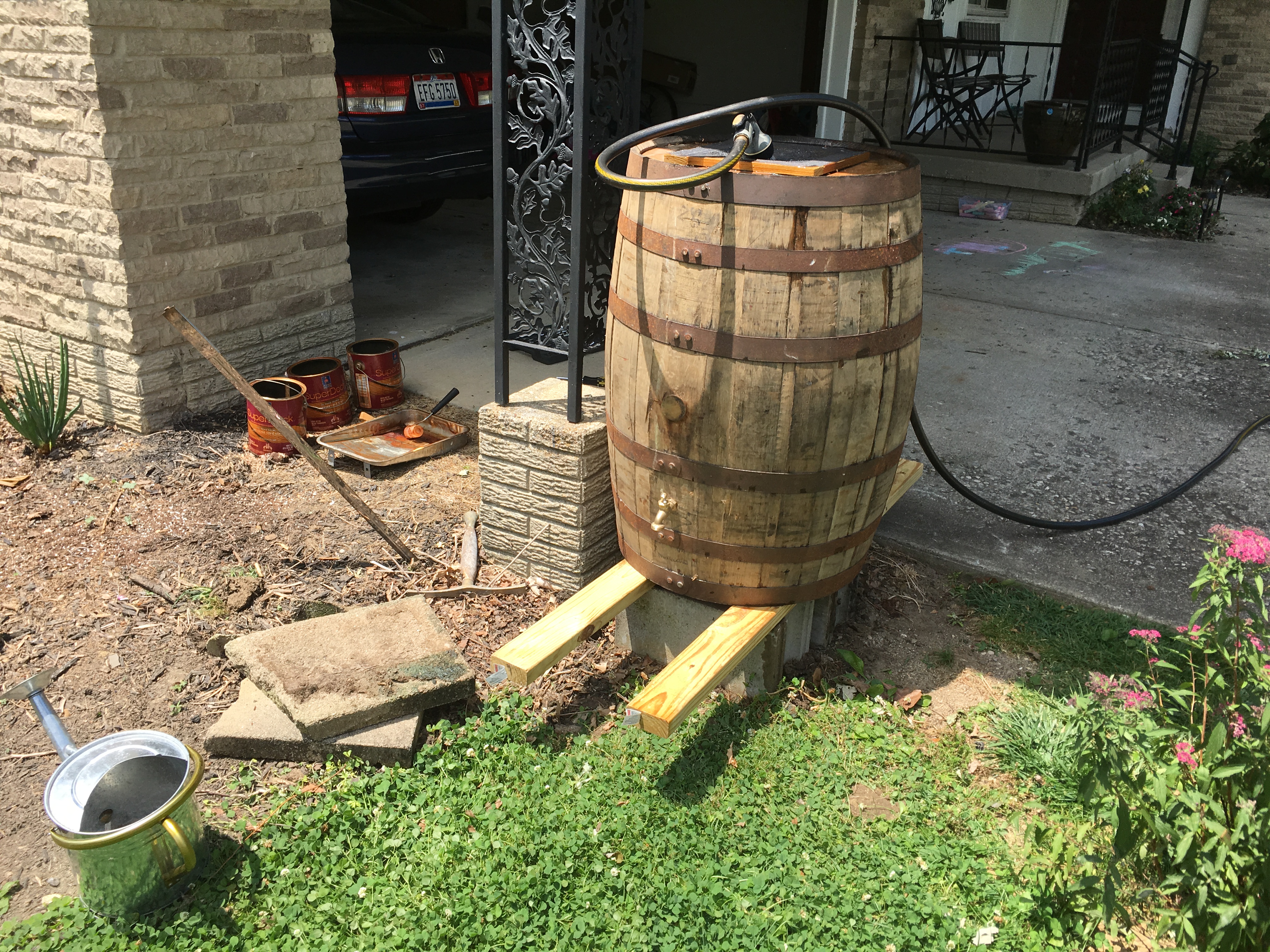 I also had the same materials available for the screen, which is still working a year later on the other barrel, so I didn’t feel the need to try anything different.  I constructed the same square frame, secured with staples, two layers of nylon screen, and nailed it to the barrel with finishing nails.

This time, I wanted the barrel higher to allow easier access to the spigot.  I already had a couple cinder blocks from a previous abandoned project, and the height was good.  But the base wasn’t wide enough that the barrel’s frame was being supported by the sides, so I extended it with leftover pressure-treated 2x4s.

I worry, when I make these, that I’ll go through all that trouble only to end up with a barrel that doesn’t hold water.  Fortunately, this was not a problem.  I filled it to test, and it held just fine.  Hooray!  I cut the boards and pounded in the spillover–leftover brass piping from the last barrel.  Here’s a final shot with it working as intended with the following rain: 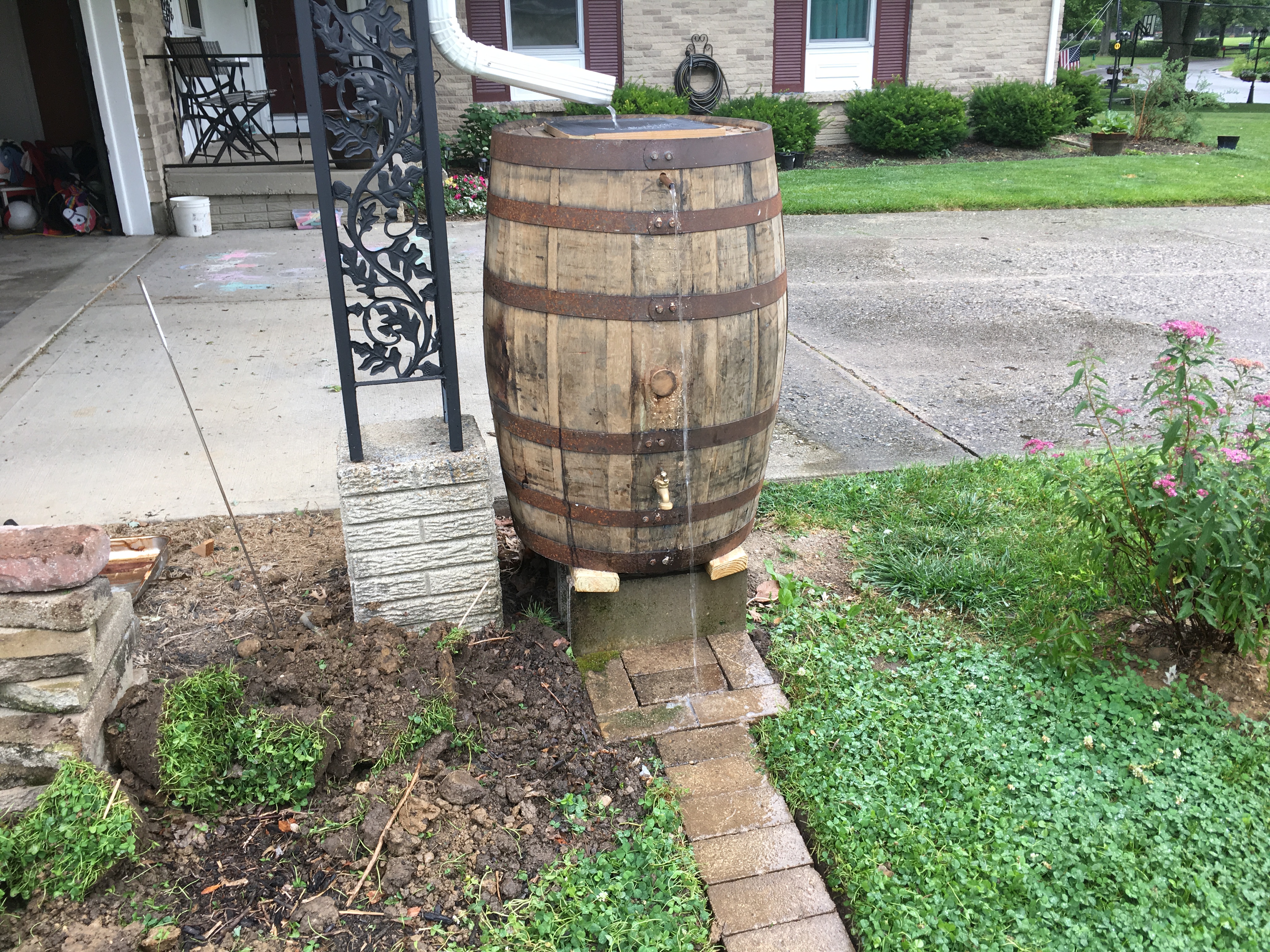 Of course I had to trim the downspout, and I laid a brick spillway, but that’s not really interesting or difficult so I won’t go through that.