Fallout 3 makes frequent returns to my gaming sessions, as I’ve often discussed.  And it remains in my mind to be one of the few games that has achieved perfection.

And yet, it’s always bothered me that I had failed to collect all the in-game bobbleheads.  After all my praises for the game, I had still yet to honor it by achieving character perfection.  Well no more!  I set out to achieve this final task and remove the stain of incompletion from my conscience.

The problem with this task is that certain bobbleheads can be permanently irretrievable if they are not acquired at the appropriate time.  And my existing character had not collected one such bobblehead, rendering that character’s save forever exempted from finding it again (as the saves prior to this point were no longer stored with my cloud saves).  So I would be forced to start a new character–no small task for a Bethesda game.  But this year marks the 10-year anniversary of Fallout 3‘s inception, so it seemed appropriate–before the game was lost to the annals of gaming history (with Oblivion).

Of course, chronicling a 10-year old game would just be redundant to the Internet at this point, especially since it’s over 100 hours of gameplay.  So I will simply state that, I did it! 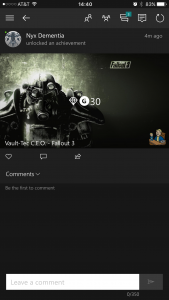 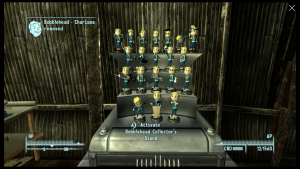 And now, I have closure.