Well, a drainage ditch anyway.  If you’ve talked to me about the house at all, then you’ve most definitely heard about the drainage issues, or rather, the complete lack of basic drainage.  See the Get Off My Lawn! series.  The former owner, in her battle against a flooding basement, paid to have it trenched and a sump installed.  After purchasing the house, I’ve since extended downspout drainage, and the sump has remained dry ever since.

Until recently.  We had a very dry summer last year, and it didn’t give me a good baseline with which to predict future water problems.  This spring has seen a lot of water, and now the sump is running.  This in itself of course isn’t a problem–the water is being handled dutifully by the pump.  Outside, however… 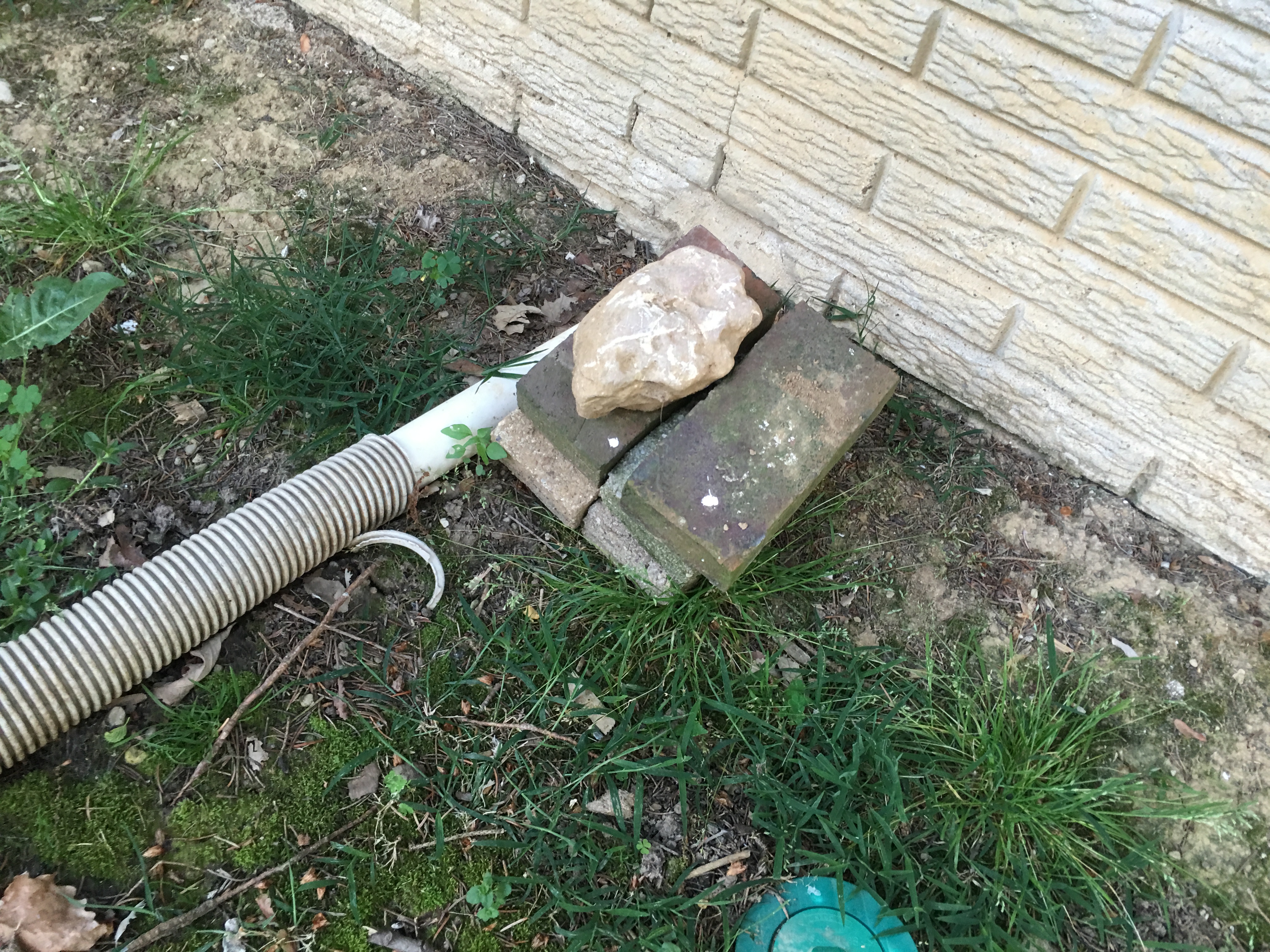 Someone had retrofitted a vacuum hose to the outlet.  Again, effective, but incredibly ugly.  And then the kid played with it and cracked it, rendering it useless anyway.  Now, with water pooling against the foundation, my hand was forced.  It was time to finally address this eyesore.

This is the ENE side of the house, under a pine tree.  These factors limit my planting options, but it does make a good candidate for a shade garden.  First though, I needed to trench.  Re-purposing a concrete downspout extender, I could immediately channel the water about 4 feet.

But, this was still rather industrial and ugly, and tended to back up (the sump pump probably spits out about 3 gallons whenever it clicks on).  I needed a longer trench and ornamentation.  Mattock, shovel, axe, and reciprocating saw all contributed to the project (damn roots).  I then buried the pipe, planted the hosta which we saved from the apartment (split apart), added some ferns, purchased more hostas, and voila: 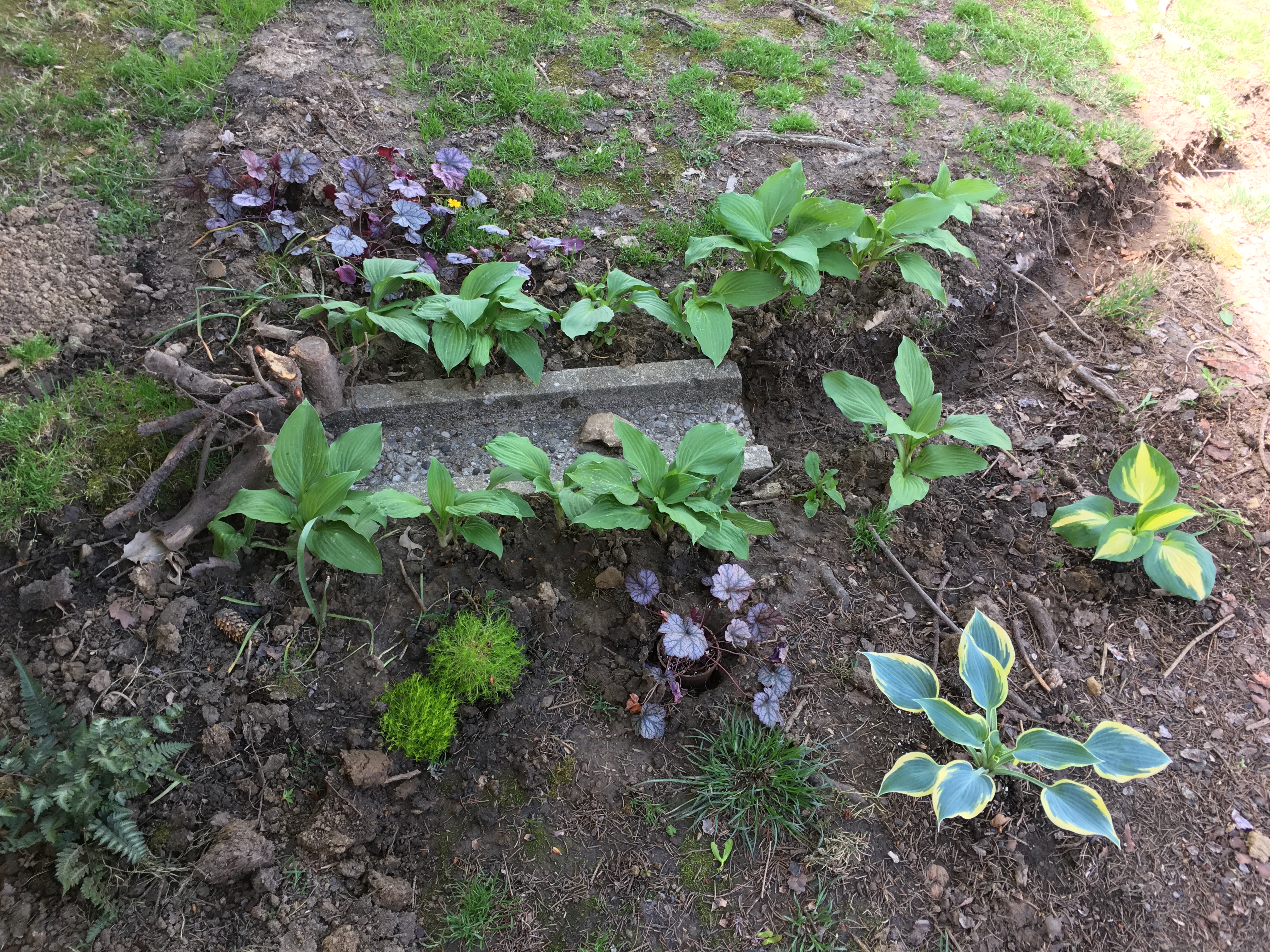 I now have the beginnings of a respectable shade garden, and effective sump drainage.  Plus, the mason bees really like it.  I like those bees, they’re cute.