I was fully prepared for Fallout 76.  I had taken the day off and downloaded the game in advance.  Then the region got hit with an ice storm and knocked out our power for 2 days.  If there was ever a moment in life where I questioned any understanding of the universe, that was it.

I ask why.  Why would fate be so cruel as to keep me from my digital entertainment?  And to answer, a loud groan of cracking wood sounded from on high.  I peered from the kitchen window inquisitively, and witnessed a large branch snap from the silver maple and plummet lethally, smashing my fence in the process.  Point taken. 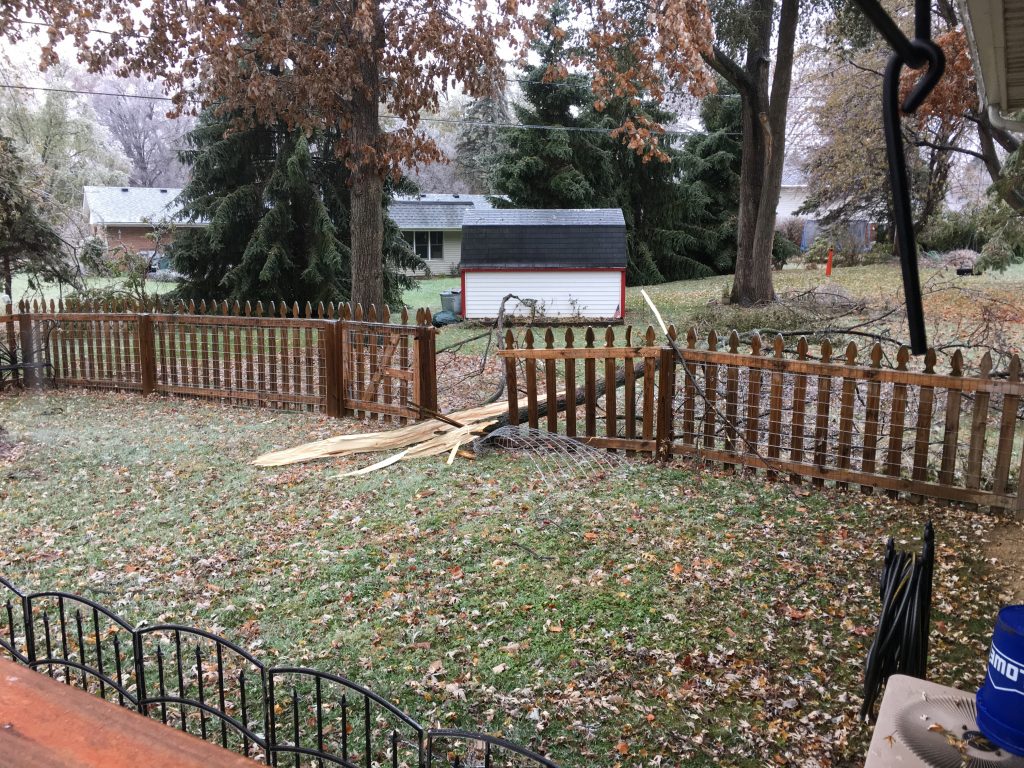 Ironic, that the game’s genre–post-apocalyptic societal collapse–was rendered unplayable by a failure of modern infrastructure utilities.  No matter.  I would put my Fallouting skills to the test and repair that fence.  For how else would I stop an onslaught of feral ghouls than with an intact waist-high barrier?

Fortunately (I guess?), the contractors who installed the original fence massively over-ordered supplies.  The 1400 pounds of quickcrete is still a little annoying, but the 50 extra fencing slats proved quite useful. 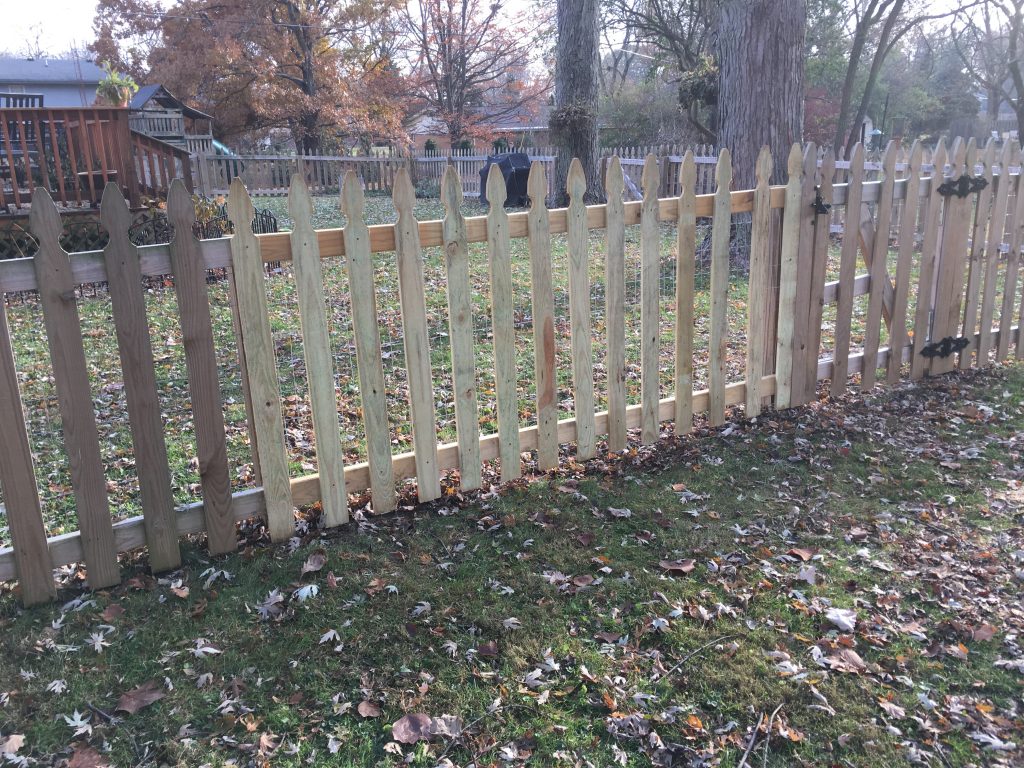 I also used deck screws, which are far superior to the existing nails, making this the most structurally-sound section of fence.  No ghouls getting through this.

There.  I did something productive.  Now let me play Fallout.